Former Finance Minister P. Chidambaram on Monday said the provisional estimates for the first quarter of April to June didn’t come as a surprise as the Narendra Modi government ‘did nothing’ to stop the slide.

Most parts of the first quarter had seen a freeze in the economic activity under lockdown beginning March 25 because of the pandemic.

“The GDP reduces by 24%. The worst in independent India’s history. Unfortunately, the Govt ignored the warnings,” former Congress chief Rahul Gandhi said in a separate tweet and tagged his own video of March 17 in which he predicted “an economic tsunami and large scale devastation”.

“The estimates do not come as a surprise to us. They should be a matter of surprise to the government that was seeing ‘green shoots’ on several days during the first quarter. They should also be a matter of shame to the government that did nothing — literally nothing — to cushion the fall by taking suitable fiscal and welfare measures. But we know that the Modi government has no shame and will not acknowledge its mistakes,” Mr. Chidambaram said at a virtual press conference.

He started the press conference by observing a minute’s silence in the memory of former President Pranab Mukherjee and recalled his contribution to the nation.

Asserting that the Congress had asked the government to take pre-emptive measures, he said: “Our pleas fell on deaf ears. The country, as a whole, is paying a heavy price. The poor and the vulnerable are in despair. It is only the Modi government that is nonchalant and uncaring. The government peddled a fake narrative but that narrative has been exploded today by the CSO estimates.

“The only sector that has grown is agriculture, forestry and fishing at 3.4%. The Finance Minister who blamed an ‘Act of God’ for the economic decline should be grateful to the farmers and the gods who blessed the farmers.”

He said the GDP contraction by a whopping 23.9% means “about one quarter of the gross domestic output as on 30-6-2019 has been wiped out in the last 12 months”.

“Another way of looking at it is, since the end of 2019-20, the gross domestic output has fallen by about 20%. Every other sector of the economy has declined sharply, some precipitously. Manufacturing is down by 39.3%, construction by 50.3% and trade, hotels, transport and communications by 47.0%.”

He said the economic tragedy was foretold by many close observers including the RBI’s annual report that pointed out the contraction in the first half of 2020 is widely regarded as deeper and more destructive than the Great Depression and the Global Financial Crisis (of 2008).

The Congress leader said the RBI report had also suggested retrenchment in activity that is unprecedented in history; a severe shock to consumption that will take quite some time to mend and regain the pre-COVID 19 momentum and a sense of pessimism with regard to general economic situation, employment, inflation and income.

“Let me say with regret: it will take many months before the economy turns the corner and registers positive growth. The inaction and ineptitude of the government gives us no hope that we will see light at the end of the tunnel at any time soon,” Mr. Chidambaram said. 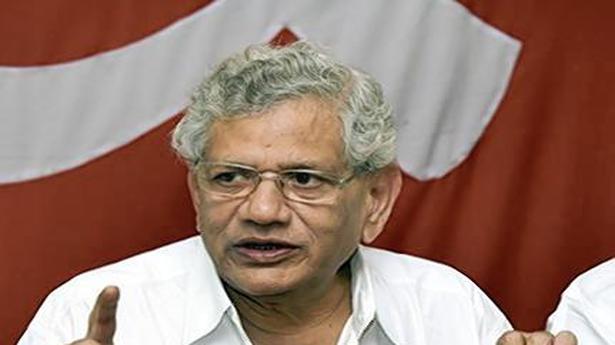