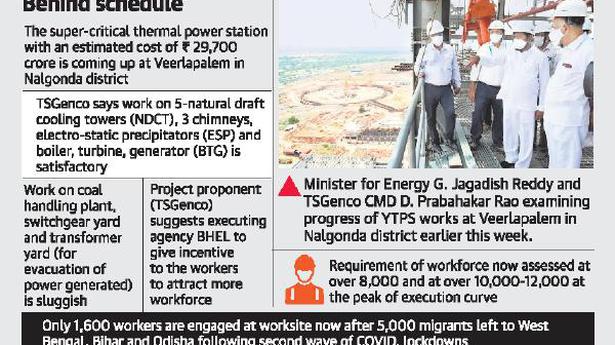 
With the project works running behind schedule due to the COVID-19 impact and general slackness, the Telangana State Power Generation Corporation (TSGenco) is mulling de-scoping of some works pertaining to the 5×800 megawatt Yadadri Thermal Power Station (YTPS) from the executing agency BHEL, in an attempt to make up for some lost ground.

After the commencement of works in October 2017, the first two units of the project were to be commissioned within 36 months from date zero and the next three units over the next 12 months. However, the first wave of COVID-19 pandemic hit the work for about six months last year and the ongoing second wave has derailed the progress again.

“Better planning and deployment of workforce and provision of some basic facilities by the executing agency would have contained the COVID-19 impact. There’s not even a health centre to attend to general health issues of workers at the site,” a senior engineer of TSGenco, monitoring the YTPS works said, when contacted.

During a recent visit to the worksite by Minister for Energy G. Jagadish Reddy and Chairman and Managing Director of TSGenco D. Prabhakar Rao, the executing agency was told to set up a healthcare facility with a couple of doctors and a few paramedical staff to attend to the primary health issues of the workforce. The agency was asked to arrange at least 20 beds and deploy doctors and paramedics at the health centre.

However, the proposal has not made any headway even five days after the visit, although it was suggested to create the makeshift healthcare facility in 10 days’ time. “Such a facility is a must at any project worksite having thousands of workforce. The Genco had its health centres at KTPS 800 MW unit and KTPP 600 MW unit worksites,” the senior engineer recollected.

The Genco authorities said their management has been pursuing speeding up of work regularly at the CMD level by speaking and writing to BHEL-CMD but there has been no proper response. “What is required from the executing agency management is transactional approach and not transcendental, as being followed now in planning and execution to meet the target of completing the work by 2022-23 end,” the Genco authorities said.

“The agency has not been paying required attention on YTPS works including BoP work (balance of plant) so much so that even the formation of deck for one unit has not been completed so far. Although the work on some components has made good progress, if not as desired, some other components require a big push,” CMD of TSGenco D. Prabhakar Rao told The Hindu.

He stated that the sluggish pace of some components is making them seriously consider de-scoping of BoP works to make make up for some lost time and keep pace at least with the revised reschedule.

On the progress of works so far, he said against completion of at least 50% of the project works by now, the actual achievement is 35.75%.

GST to be levied on underlying goods/services in gift vouchers, rules AAAR 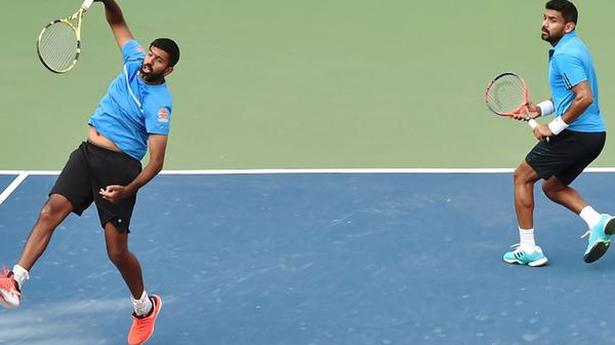