Oustees of Kistarampally reservoir, part of the Dindi Lift Irrigation Scheme in Nampally mandal of Nalgonda district, submitted a representation to District Collector Prashant J Patil asking that they should be considered for Rehabilitation & Resettlement package similar to that offered to oustees of Mallanasagar project under the Kaleshwaram Lift Irrigation Project.

The meeting of oustees with Mr. Patil, joined by Munugode legislator Komatireddy Rajagopal Reddy and others was convened on Tuesday at the Collectorate, days after tense situation and police action on the displaced at the project site.

The oustees also staged a sit-in outside the Collectorate on Tuesday, which was joined by Mr. Rajagopal Reddy and leaders of CPI and CPI (M) N. Sathyam and M. Sudhakar Reddy.

According to a representation by the aggrieved oustees, more than 250 residents have to vacate their lands, for which only half of the compensation was paid more than two years ago. And market rates of land have skyrocketed since, making it almost difficult for purchase of new assets.

“We should also be given R&R like the oustees of Mallanasagar and Kaleshwaram. And reservoir works should not resume till that package is assured,” they said.

Mr. Patil said the issue of compensation and R&R package would be taken to the notice of the State government through Energy Minister G. Jagadish Reddy for directions.

As per official reports, the proposed Kistarampally reservoir, with a capacity of 5.686 tmc and ayacut of one lakh acres, will submerge about 2046 acres.

Additional collectors V. Chandra Shekar and Rahul Sharma, Superintendent of Police A.V. Ranganath and others were present in the interaction. 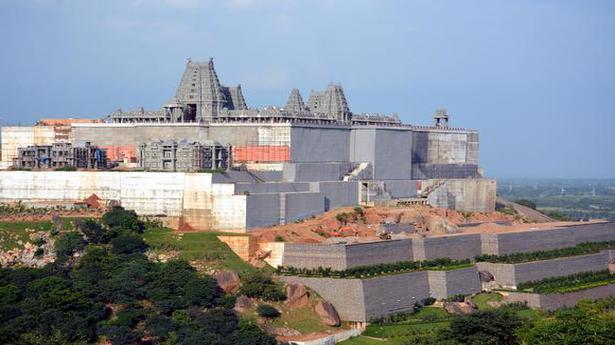