The ‘leaked’ audio recording of an ‘accusatory’ mobile phone conversation purportedly between gold smuggling case accused Swapna Suresh and an anonymous person has kicked up a controversy in Kerala.

The widely circulated audio seemed to suggest that the Enforcement Directorate (ED) had attempted to coerce Ms. Suresh into giving a statement implicating Chief Minister Pinarayi Vijayan in her questionable financial transactions with persons in the United Arab Emirates (UAE).

Ms. Suresh is currently a COFEPOSA detainee at the Attakulangara Women’s Prison here.

The recording that surfaced on Wednesday also hinted that the ED had invited Ms. Suresh to turn approver in the case. However, the rider to the deal was that she should depose against Mr. Vijayan and his former Principal Secretary M. Sivasankar and accuse them of wrongdoing. “I refused to oblige the ED,” the voice in the recording stated.

The taped mobile phone conversation also implied the ED had doctored Ms. Suresh’s statement. The ED allegedly did not allow her to peruse her account of events. Its agents merely asked her to sign what they had written down after protracted questioning.

The ED had earlier arrested Mr. Sivasankar on the gold smuggling case linked money laundering charges. He is currently a remand prisoner in Kakkanad Sub-Jail in Kochi.

Notably, Mr. Sivasankar had said in a court filing that the ED had attempted to pressure him into giving evidence against top ruling front politicians. He had also alleged that the agency had arrested him for defying it.

ED officials were not immediately available for comment. However, an official privy to the agency’s working stated that the ED would counter the allegations in court.

Nevertheless, the theme of the voice clip was politically significant. The accusations in the conversation seemed congruent with the narrative of the Left Democratic Front (LDF) that the ED wanted to “foist a case” on Mr. Vijayan to destabilise the government and “rob it of its mandate”.

Bharatiya Janata Party State president K. Surendran seized on the taped conversation and alleged Mr. Vijayan had used the power of the State to discredit the investigations by the ED.

The government was afraid that the overlapping enquiries by Central agencies would reach Mr. Vijayan. Hence it had used prison authorities to record Ms. Suresh’s statement to hit back at Central agencies pursuing multiple leads in the gold smuggling and money laundering cases.

Director-General of Prisons and Correctional Services Rishiraj Singh told The Hindu that he had tasked the Cyber Investigation Unit of the State police to verify the genuineness of the voice in the audio clip. Simultaneously, the Prisons Department has launched an internal enquiry to get to the bottom of the controversy.

Mr. Singh said that prison authorities had allowed only Ms. Suresh’s mother, children, brother and husband to visit her. They had met her in the presence of jail wardens and Customs officials.

The Prisons Department send applications to visit Ms. Suresh to Customs for vetting before granting permission. Jailers did not allow cellphones inside the prison precincts. The internal probe would also attempt to find out if any person or official had sneaked in a cellphone into the prison for the COFEPOSA detainee to communicate with the outside world slyly.

Mr. Singh also said he would be constrained to seek legal recourse against Mr. Surendran if the latter did not withdraw his statement and render an unconditional apology.

Both fronts fancy their chances in Varkala 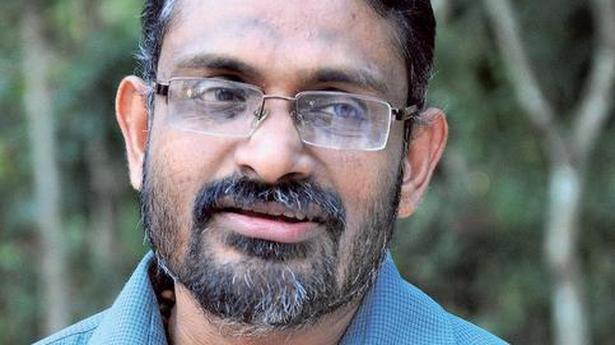