Around 2,062 beneficiaries received COVID-19 vaccine shots as part of the special vaccination drive for high risk groups, which got under way at 23 Government COVID-19 Vaccination Centres (GCVCs) across the district on Friday.

Around 64% of the total target group of 3,243 beneficiaries were inoculated on the first day of the three-day special drive in 23 mandals of the predominantly tribal populated district, sources said.

The special drive is intended to administer vaccines to high-risk groups such as fair price shop dealers and helpers, LPG dealers/workers and petrol bunk workers, journalists and media personnel, fertilizer, pesticide and seed dealers/workers, among others.

Sources said that the vaccination drive evoked good response by and large across the district.

However, a relatively smaller number of the listed beneficiaries turned up at the designated GCVCs in the two border mandals of Charla and Aswaraopeta compared to other mandals in the district, sources added.

Sources in the Health department exuded confidence that the cent percent stipulated target of the special vaccination drive meant for “super spreaders” group would be achieved in the next two days. 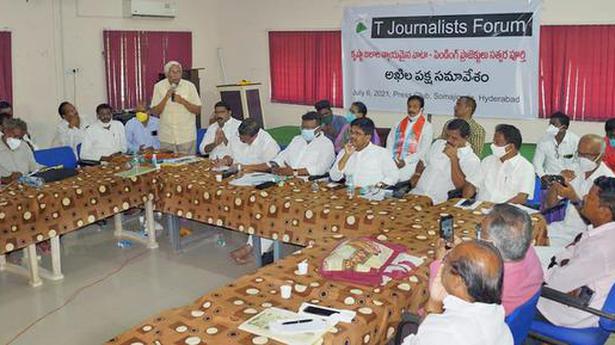