A group of retired senior civil servants have criticised the Centre’s attitude to the ongoing farm protests as “adversarial and confrontationist”.

In an open letter on Friday, they expressed concern about the effort to blame farmers for the events of Republic Day, as well as the barricading of the protest sites, denial of essential services and sedition charges that have followed.

The Constitutional Conduct Group, which issued the letter, says it has no affiliation with any political party, but believes in impartiality, neutrality and commitment to the Constitution of India. The 75 signatories include a number of former ambassadors, secretaries to the Government of India, and chief secretaries to State governments, with members from the IAS, IFS and IPS cadres.

“The approach of the Government of India (GoI) towards the farmers’ protest has been an adversarial and confrontationist one from the very beginning, treating the apolitical farmers like an irresponsible opposition to be derided, demonised and defeated,” said the letter.

“The repeated, albeit unsuccessful, attempts to polarise the agitation along regional, communal and other lines are also reprehensible. Such an approach can never lead to a solution,” it added.

The letter raised several questions regarding the events of January 26, asking for the Centre’s response to the farmers’ claim that Delhi Police erected barricades on the agreed route, forcing them into deviations.

It also asked why the police failed to prevent the hoisting of flags at Red Fort and whether action has been taken against those in the Delhi Police, and Home and Defence Ministries for dereliction of duty.

It asked why the media did not cover the majority of farmers who held a peaceful parade.

The letter also asked why the police had not immediately intervened when “a few hooligans” attacked protesting farmers at the Singhu border site last week. “Why is it that essential services to the agitating farmers such as water, electricity and the internet have been blocked, putting the thousands of people gathered there to unspeakable difficulties?” said the letter, adding that the kind of barricades raised on the Delhi border sites were not even erected on international borders. “Are the agitating farmers being seen as enemies of the country?” it said.

The retired civil servants said that the sedition charges against journalists and a Member of Parliament, filed “on flimsy grounds” and similar FIRs filed in BJP-ruled States “smacks of vindictiveness and seems to be aimed at muzzling legitimate, democratic protests against the policies of the GoI… A protest against a policy or action of the Government is not an act of sedition against the nation.”

The letter called for withdrawal of cases against farmers and tweeters as a minimum requirement for resumption of talks. “If the GoI is indeed interested in an amicable solution, instead of proposing half-hearted steps such as putting the laws on hold for eighteen months, it can withdraw the three laws and think of other possible solutions, given the basic Constitutional position that the subject of agriculture is in the States’ list in the Constitution of India,” it added. 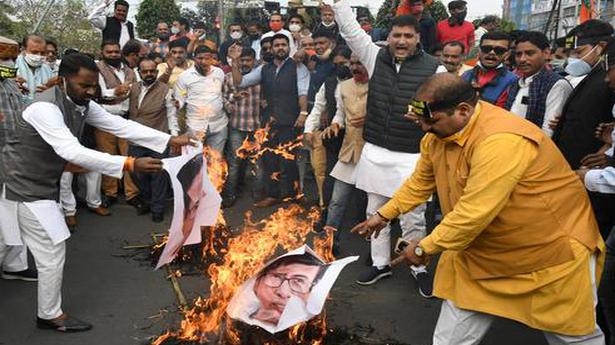 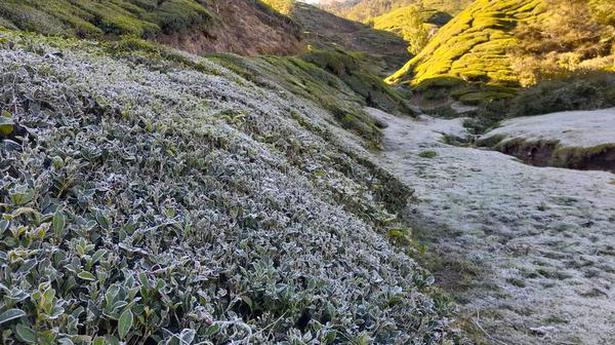 Munnar in the grip of a cold wave