The former Chief Minister H.D. Kumaraswamy on Thursday alleged that the State government, amid speculation of leadership change, had approved ₹12,000 crore worth of works in the Water Resources Department.

“There is speculation that Chief Minister B.S. Yediyurappa will resign in a couple of days. The government approved works worth ₹12,000 crore in four irrigation corporations at a meeting chaired by the Chief Minister today [Thursday]. He has approved the works in a hurry,” Mr. Kumaraswamy told reporters at Malavalli in Mandya district.

The former Chief Minister’s statement came after Mr. Yediyurappa chaired the 130th board meeting of Krishna Bhagya Jala Nigam, 19th board meeting of Visvesvaraya Jala Nigam, and 96th board meeting of Cauvery Neeravari Nigam, all of which are importing water resources implementing bodies in the State. “If the Chief Minister is to be replaced in two days, why was ₹12,000 crore worth of works approved in a hurry? What is the reason for the decision? This is a money-making exercise,” he alleged, asking the government if it was serious about the irrigation works in north Karnataka.

The Old Mysore region gave the highest taxes to the State, he said, and added, “Why is there a discrimination against the Old Mysore region? Treat all the regions equally.” He pointed out that Cauvery Neeravari Nigam has been given just ₹1,000 crore out of ₹12,000 crore. 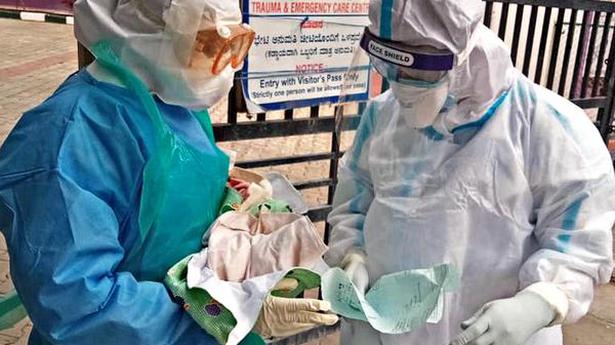