‘A.P. one of the few States to incorporate ECBC in building bylaws’

Energy Secretary N. Srikant has called for focus on implementation of Energy Conservation Building Code (ECBC), which helps in achieving a significant reduction of energy in the building sector and in cutting down on electricity bills.

Addressing a State-level webinar on ECBC conducted by the Administrative Staff College of India (ASCI) as part of the National Energy Conservation Week on Wednesday, Mr. Srikant said Andhra Pradesh was one of the few States that issued a G.O. on ECBC and incorporated the same in building bylaws and online building permission system.

Mr. Srikant further emphasised the need for creating an Energy Efficiency Index (EEI) that would facilitate the measurement of energy consumption, and help in achieving the goal of reducing energy demand in buildings.

“The EEI enables the Energy Department to draw up strategies for improving energy conservation and efficient use of energy,” Mr. Srikant added.

He said the ECBC would provide minimum requirements for the energy efficiency design and construction of buildings, thus reducing energy consumption and green house gas emissions.

ASCI Centre Director Usha Ramachandran said all commercial buildings and non-residential buildings having a plot area of more than 1,000 square metres or built-up area of 2,000 square metres, and multiplexes, hospitals, hotels, convention centres, irrespective of the built-up area, should comply with the ECBC norms to obtain building approvals in municipal corporations, municipalities and UDAs. 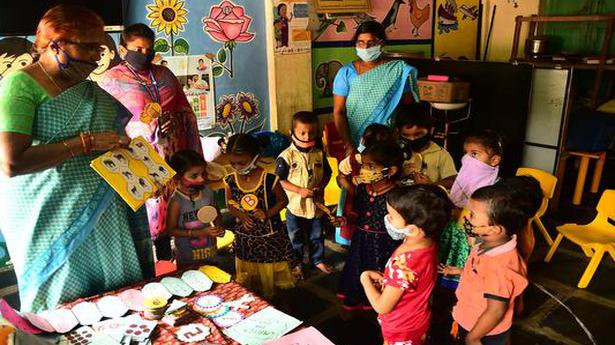