Overwhelming response from applicants to undergraduate programmes in government arts and science colleges in the region has apparently lifted the mood of the teachers.

Having wrapped up the admission process for the UG programmes, the colleges are expected to complete the admissions for postgraduate programmes also during this week.

Last year, the online admission process was a dampener to a certain extent, though the seats were, more or less, filled up during the course of the academic session.

This time around, the colleges were given permission to conduct offline counselling as well by following the COVID-19 protocols. The filling of sanctioned strength of students this year has brought in a sense of relief for teachers in some of the departments who had the fear of being transferred due to poor admissions hitherto.

The Government Arts and Science College in Thuvakudi has also filled up the seats for all the UG programmes. The college offers some unique programmes such as B.Sc. Chemistry in Tamil, B.A. Political Science, and B.Sc. Psychology. The college is the only institution in the central districts to offer B.Sc. Psychology, Zonal Secretary of Tamil Nadu Government College Teachers’ Association, David Livingston said.

Patronage for the UG courses of the government arts and science colleges has been higher this time when compared to last year, Prof. David Livingston said, adding that though the admissions have been good, it remains to be seen if the colleges will go ahead with increasing the intake by 25% as advised by the government recently.

Principals have been advised to optimise the utility of building infrastructure in the government arts and science colleges for accommodating as many students as possible, Regional Joint Director of Collegiate Education A. Megala said.

According to the college heads, the affordable fee is the prime factor for the patronage for UG programmes accorded by students belonging to lower economic strata. The fee for the entire year does not exceed a few thousands of rupees. For Arts students, the fee is ₹3,275, and for Science students, it is ₹3,295. The fee is ₹2,695 for Computer Science and BCA programmes. 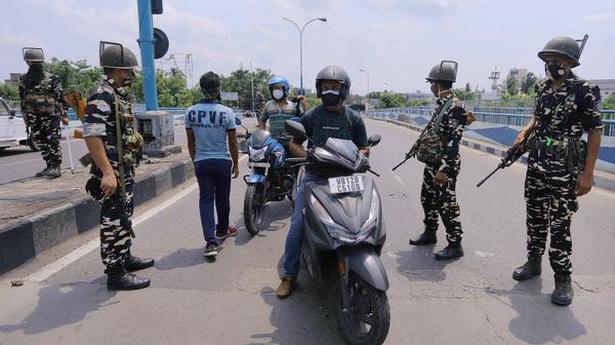