When businessman Jayaram went to Federal Bank to encash a demand draft (DD) worth ₹4.95 lakh from Rustree Sri Builders Pvt. Ltd., it was rejected as fake. He lodged a complaint with Begur police claiming to have bought the DD from Indrajit Nayak, an event manager, on payment of ₹1.5 lakh as advance and commission. The Begur police arrested Indrajit Nayak, his wife Manjula, both 34, and their associates Muniraju and Anand.

The police have recovered 25 fake DDs with a total face value of ₹7.18 crore, printers used to make them, and fake seals from the arrested persons. They also recovered an original DD for the amount of ₹349 from Bank of India, based on which they attempted to forge duplicates.

“Indrajit is a graphic designer. The couple ran an event management firm that incurred losses owing to the COVID-19 pandemic,” the police said.

On the advice of Muniraju, Indrajit printed fake DDs. “Muniraju fetched an original DD, which the couple scanned and edited. They secured fake seals in the name of various banks from Anand,” said the police.

Indrajit went to Jayaram, whom he knew through a common friend, claiming to be in need of ₹1.5 lakh immediately to attend to an emergency. He gave him the fake DD of ₹4.95 lakh, which he asked Jayaram to encash, keep a hefty commission for the same and return the remaining money.

Police said the fake DD was an amateur job, with no attempt to incorporate the safety features that are incorporated in DDs. 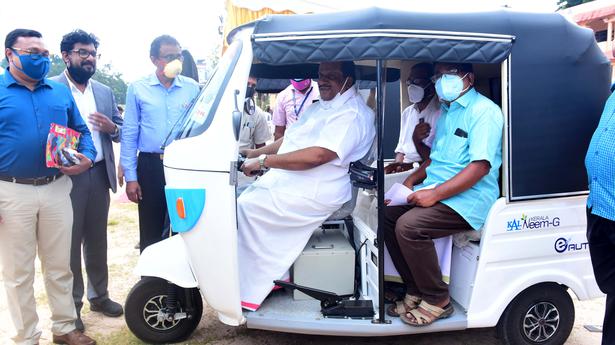