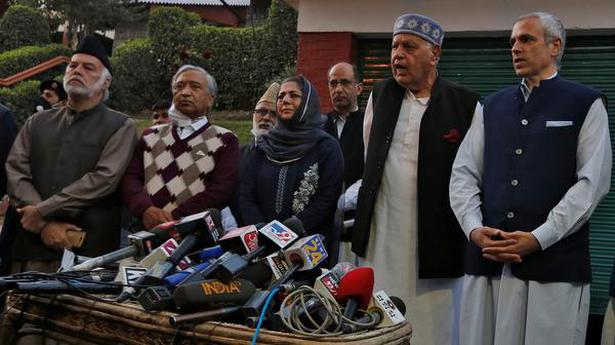 
The Gupkar alliance, an amalgam of five political parties, on Monday witnessed a further slide in the election for the District Development Council (DDC) Chairman posts in the Kashmir Valley despite the numbers, while the BJP won Udhampur and Doda districts in the Jammu region.

Officials said independent candidate Nazir Ahmad Khan, who quit the Peoples Democratic Party (PDP) to contest against the Gupkar alliance’s joint candidate from the National Conference (NC), was declared the winner from Budgam in central Kashmir, despite the alliance having around 10 votes out of 14 sub-district segments.

“It was a tie between Khan and the NC candidate, with both bagging seven votes. A draw was organised and Khan emerged as a winner,” an official said.

At Kupwara in north Kashmir, Sajad Lone-led Peoples Conference (PC) candidate Irfan Panditpuri won the Chairman’s post. Mr. Lone’s party, which recently quit the Gupkar alliance, had won five seats in Kupwara, followed by the NC with four seats. While the PC required three more votes, the Gupkar alliance needed four more votes to win. However, many NC candidates did not turn up to vote.

“The election timing was from 11 a.m. to 1.00 p.m. Ditching all norms, the elections were then held in a veil of secrecy at around 2 p.m. It was only after our members left the venue that the administration ensured the presence of two independent DDC members and the elections were held. It raises serious question marks about the partiality of the elections,” NC’s Kupwara president Qaisar Jamsheed Lone said.

Meanwhile, in a bid to cosy up to the PC, the J&K Apni Party (JKAP), having ideological proximity with the BJP with regard to issues like Article 370 and special status, decided to abstain from voting in Kupwara and threw its support behind Safeena Baigh, an independent candidate fighting for the post in Baramulla. Ms. Baigh is the wife of ex-PDP patron Muzaffar Hussian Baigh.

“The JKAP took these decisions to safeguard the interests of the people of Kupwara and Baramulla. We cannot support those who have always been hoodwinking people through their misleading slogans,” JKAP leader Shoaib Lone said.

The election for the DDC Chairman and Vice-Chairman in Baramulla was adjourned due to a lack of the prescribed quorum, as the NC, the PDP candidates and a few independents did not turn up to vote for unknown reasons.

“Out of the 14 DDC members, only seven members were present during the stipulated period for establishing the quorum,” District Election Officer, Baramulla, Mohammad Aijaz Asad said.

A NC spokesperson alleged that the BJP and its ilk were “unabashedly undermining all norms in the elections”.

“The way the administration was playing partisan to curry favour with the ruling party and their stooges have also raised a question mark about the partiality of the entire process. These parties, having failed to make any mark in the recently concluded DDC elections, are now employing different means to make up the numbers,” NC spokesperson Imran Nabi Dar said.

The Gupkar alliance, which had won 110 seats out of 280 segments spread across 20 districts, was struggling to hold on even to the four districts of the Valley where it had numbers to win at least nine districts out of 10.

Mr. Dar alleged that “defections and crossovers have become a new normal”.

“The pest of defection has been a prominent feature of the BJP’s newly-touted Kashmir policy. Having failed to garner support through a genuine electoral process, the BJP is touching new lows on a daily basisB,” Mr. Dar said.

The Gupkar alliance has already lost Shopian and Srinagar to the JKAP, Budgam to an independent candidate and Kupwara to the PC. It has only won Kulgam so far. Other districts would see polls in the coming weeks.

Meanwhile, supporters of the alliance held a protest in Srinagar and demanded a re-election for the Larnoo seat of Anantnag, where an independent candidate, Sajida Begum, was declared the winner over a PDP candidate, Khalida Bibi, during a re-poll. The Anantnag DDC Chairman post is reserved for a woman candidate.

Meanwhile, the BJP has won the posts in Doda and Udhampur in the Jammu region, where it had a majority. 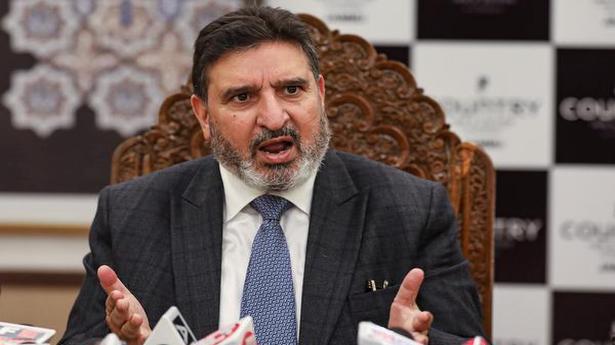 One thought on “Gupkar alliance sees setback in DDC polls”