Former Chief Ministers H.D. Kumaraswamy and Siddaramaiah on Monday criticised Tamil Nadu’s move to utilise excess water in the Cauvery basin through a link scheme, for which the foundation stone was laid on Sunday.

Criticising the Karnataka government for not being alert on Tamil Nadu’s plans, Mr. Kumaraswamy said, “The Mekedatu project conceived during my tenure as Chief Minister had been opposed by the AIDMK with the assistance of the BJP. The anxiety for Tamil Nadu was the utilisation of excess water in the project,” he said in a series of tweets. “It is surprising that the State was not aware of a project that is being funded by the Centre. I have not seen commitment in the Water Resources Ministry. The Minister, who insisted on the portfolio, has been ignoring it.” He also suggested that the Minister, who always speaks of defeating someone or the other, concentrate on the State’s welfare.

On Sunday, the Tamil Nadu government laid the foundation stone for the Cauvery-Vellaru-Vaigai-Gundar link scheme to provide water to its southern region.

“There is a danger of Tamil Nadu placing its rights over additional water during a crisis. It is already using 6 cubic feet of water to 342 lakes and irrigating 42,170 acres,” Mr. Kumaraswamy said.

Mr. Siddaramaiah urged the State government to approach the Supreme Court against the project, “which seeks to illegally utilise the excess water”. “Chief Minister B.S. Yediyurappa should write a letter to his Tamil Nadu counterpart registering his protest and asking him to stop the project at once,” he said.

Twin towers to come up in Bengaluru at a cost of ₹1,251 crore 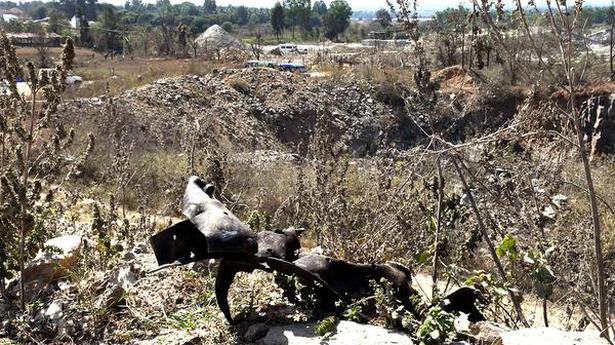