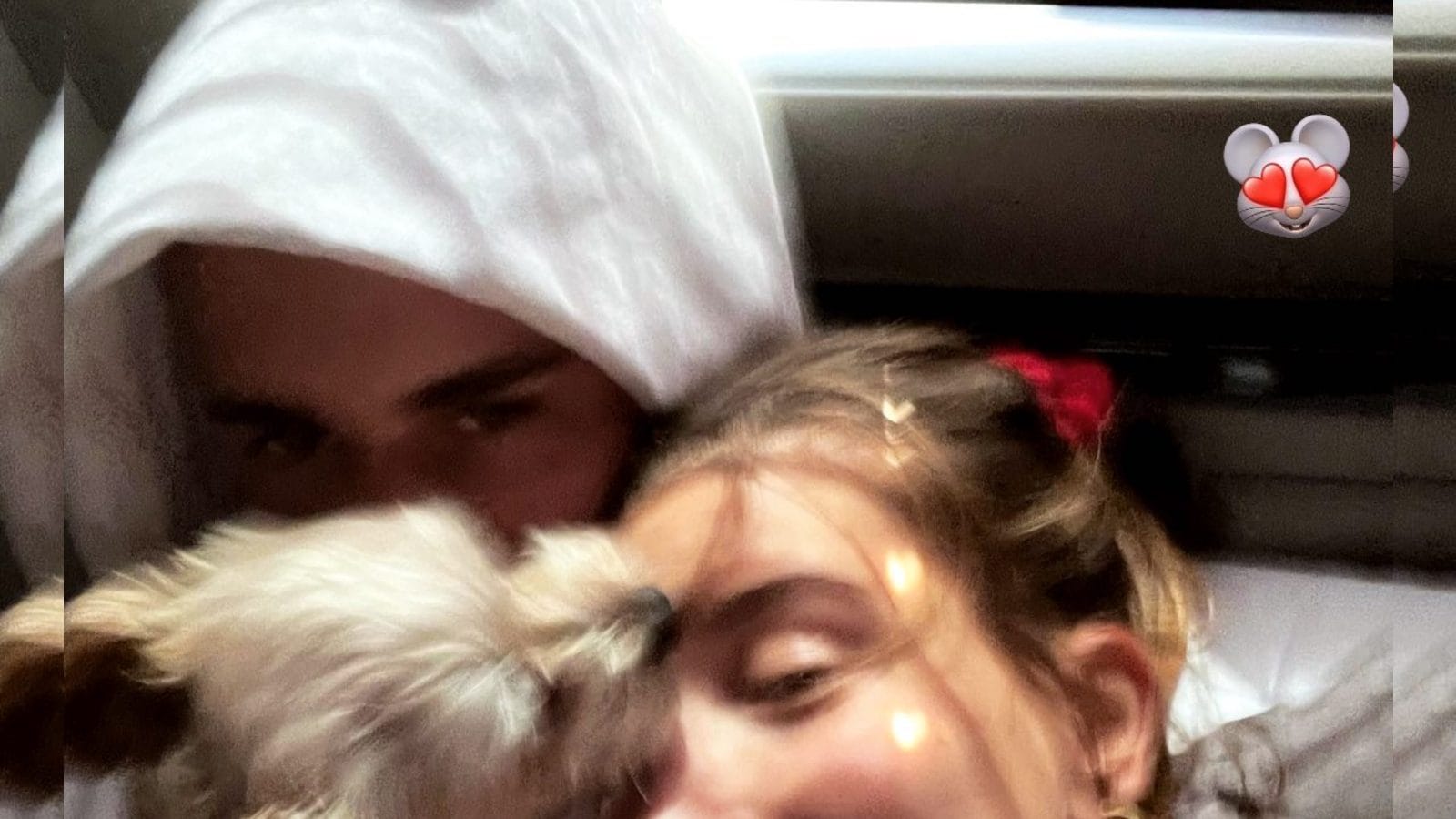 
American supermodel Hailey Bieber is showering her husband, pop sensation Justin Bieber, with love and support as he shockingly revealed on Sunday that he’s suffering facial paralysis. The 28-year-old pop star said in an Instagram video that the condition is due to a diagnosis of Ramsay Hunt syndrome.

Now, Hailey has shared an adorable pic with Justin and their dog Oscar on her Instagram stories and called them her “babies”. This comes hours after Hailey shared her husband’s video post on her Instagram Stories, simply writing, “I love u baby,” after a pleading emoji.

Earlier this week, Justin Bieber’s Justice World Tour, which began in February, announced three shows would be postponed. “It is from this virus that attacks the nerve in my ear and my facial nerves and has caused my face to have paralysis,” the Canada-born singer said in the three-minute video, indicating the right side of his face.

Justin asked for his fans to be patient, and said of his forthcoming shows that he is “physically, obviously, not capable of doing them”. “This is pretty serious, as you can see. I wish this wasn’t the case, but, obviously, my body’s telling me I’ve got to slow down,” he said. “I hope you guys understand. I’ll be using this time to just rest and relax and get back to a hundred percent so that I can do what I was born to do.” West Warns Russia Is Moving Troops Towards, Not Away From, Ukraine UP Elections: In Varanasi, BJP Banks on Modi Enigma for Clean Sweep Again