The District and Sessions Court of Hapur awarded death penalty to two domestic helps for raping and killing a 12-year-old in September 2018 on Thursday. The third accused, Amarjeet, has been acquitted.

In her order, Veena Narayan, Additional District Judge and Special Judge (Protection of Children from Sexual Offences or POCSO Act), Hapur said the convicts, Ankur and Sonu, should be hanged till death, and asked officials to take them into custody. She said the order would be put on hold till the Allahabad High Court upheld it.

The crime, which took place on September 5, 2018, sent shockwaves in the region as the convicts were working as domestic help at the victim’s house for a long time. They not only raped and killed the girl but also attacked her 8-year-old brother with a knife.

According to Vaibhav Pandey, Circle Officer, Hapur (City), 18 witnesses were produced in the court. “We ensured that forensic evidence are collected and the chargesheet wass filed in a fixed time frame. The chargesheet was filed on October 27, 2018,” he added.

Mr. Pandey said the prosecution could not prove charges of criminal conspiracy against Amarjeet, a neighbour of the victim.

Sankalp Sharma, Superintendent of Police, Budaun, who was posted in Hapur at the time of the incident, said the convicts, in their 20s, worked as house helps at the house of the victim’s father, who was in the dairy business. “In an officer’s life, there are cases where you feel that justice should be delivered without any delay. This was one of those cases,” he said.

On the day of the incident, when the victim’s parents were not at home, the accused raped her and when she made noise, they strangulated her. As her brother had seen them committing the crime, they thrashed him and slit his throat.

“It was the brother who identified the accused through brief notes, where he mentioned the names of the domestic helps. He had lost his voice and it took doctors a long time to restore it,” recalled Mr. Sharma.

After the crime, the convicts hid the body of the girl beneath cattle fodder in an adjoining room and tried to present the scene of the crime as if a robbery had been committed. “They tried to mislead the police that dacoits had kidnapped the girl and decamped with money. When the body was recovered and the police took the accused into remand, they accepted their crime,” said Mr. Sharma. 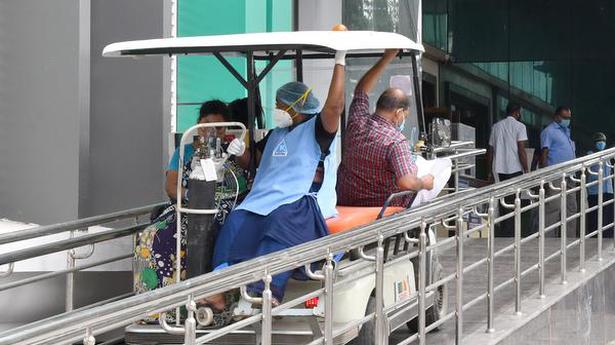