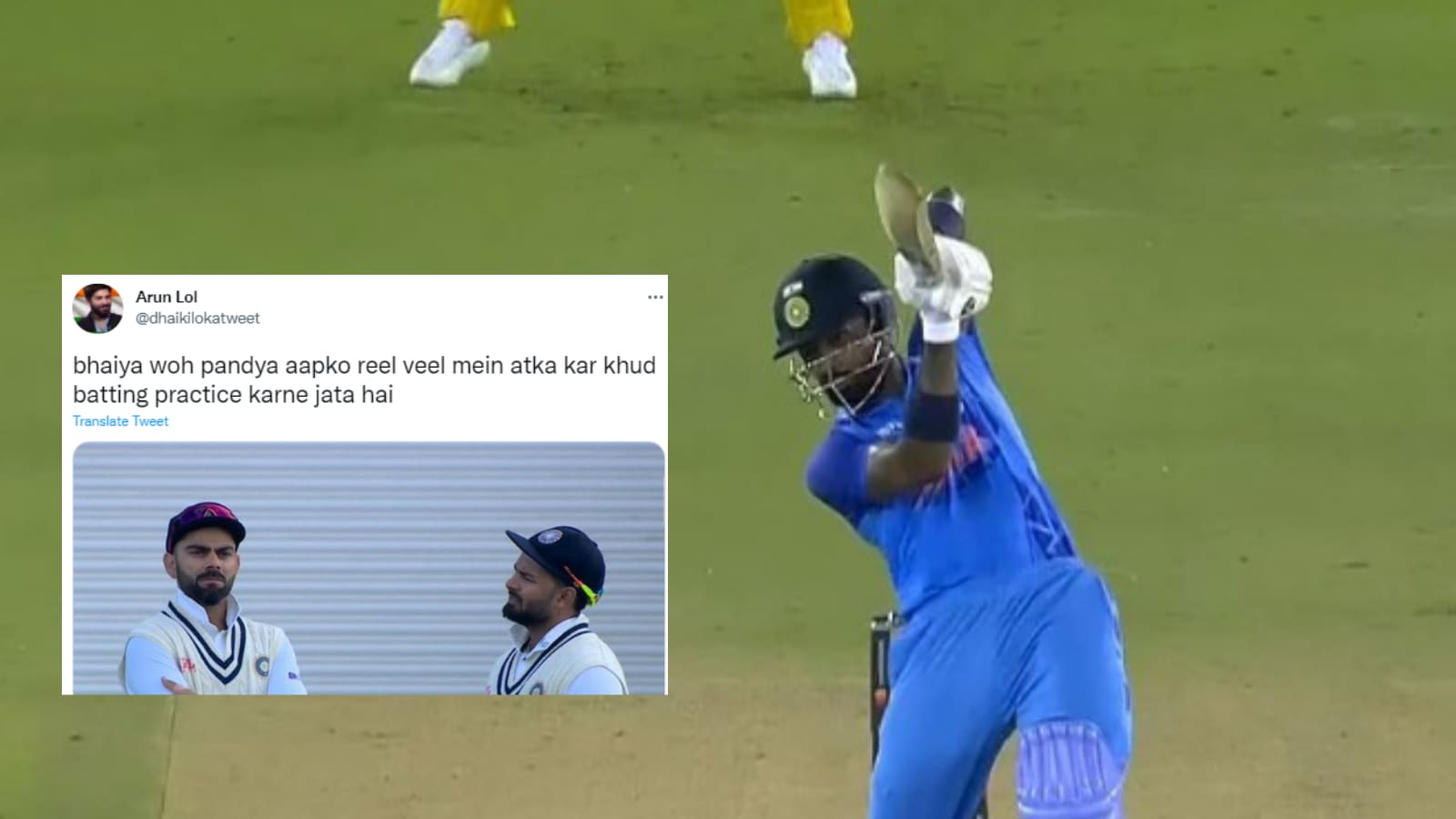 
Hardik Pandya played a superb and unbeaten knock of 71 in just 30 deliveries to propel India to an intimidating total of 208/6 against Australia as the all-rounder ended the Indian innings with a hat-trick of sixes. Pandya’s fireworks came after KL Rahul (55) and Suryakumar Yadav (46) played handy innings on Tuesday at a packed Punjab Cricket Association Stadium in Mohali.

However, it was Pandya’s finishing move that got the crowd on its feet, and had social media celebrating the special innings that they had just witnessed.

What a finish, what a knock by Hardik Pandya. pic.twitter.com/I6qgBsmGGG

The 28-year-old Indian all-rounder sent Cameron Green for three back-to-back sixes on the final three deliveries of the first innings as India crossed a 200+ score with ease.

Hardik Pandya in the final overs…

Hardik Pandya is the future of Indian cricket anyone thinking otherwise is just living in a parallel universe. #INDvsAUS

Hardik on full flow literally treats cricket like baseball and I’m all for it.

Earlier, Australia skipper Aaron Finch won the toss and elected to bowl against India in the series-opener at PCA Stadium, Mohali. Tim David received the debut cap for Australia from Matthew Wade. Jasprit Bumrah missed out for India as he is still not 100 percent fit. While Rishabh Pant failed to get a place in the XI as the team management preferred Dinesh Karthik over him. Umesh Yadav returned to the Indian team after more than three years.