“The fight being staged by Congress leaders Rahul Gandhi and Priyanka Gandhi Vadra seeking justice for the Hathras gang-rape victim vouches for their concern towards the Dalits and tribal people. I am moved by the way Mr. Rahul Gandhi led the fight on Thursday,” Mr. Harsha Kumar told the media here on Friday.

“I have decided to rejoin the Congress party. I have decided it on my own without consulting any of my supporters. I will wait for the response from the party leadership,” said Mr. Harsha Kumar, who quit the Congress after bifurcation of the State.

Mr. Harsha Kumar was elected to the Lok Sabha on Congress party ticket from Amalapuram in 2004 and 2009. Later, he joined the TDP and then the YSRCP.

However, he has not been associated with any political party in the recent months, and is actively involved in the movement against atrocities against Dalits.

Mr. Harsha Kumar further said that the BJP stood for the corporates and not for the poor. “The Centre has failed to tackle the COVID-19 situation properly and has hushed up the death toll,” he alleged. 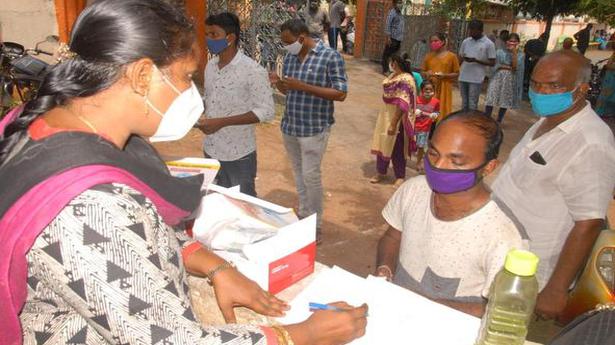