This photo is of Bulgadhi village in Hathras. The accused and the victim’s family live here. On Thursday, the CBI questioned the family of the accused. During this time, the house of the main accused was dilapidated.

The CBI, which is investigating the alleged gangrape and death of a 19-year-old Dalit girl in Hathras, Uttar Pradesh, on Thursday seized the mobile and mark sheet of the main accused Sandeep. At the same time, the forensic team has collected important evidence from Sandeep’s room and terrace. During this time, the investigation team has questioned the family members of accused Ravi, Ramu, Lavkush besides Sandeep for about four hours. Sandeep’s father described his son and the other three as innocent. It is said that he is being implicated under the enmity. The victim should be judged with the girl. CBI investigation will clear everything. We are also ready for the narco test. 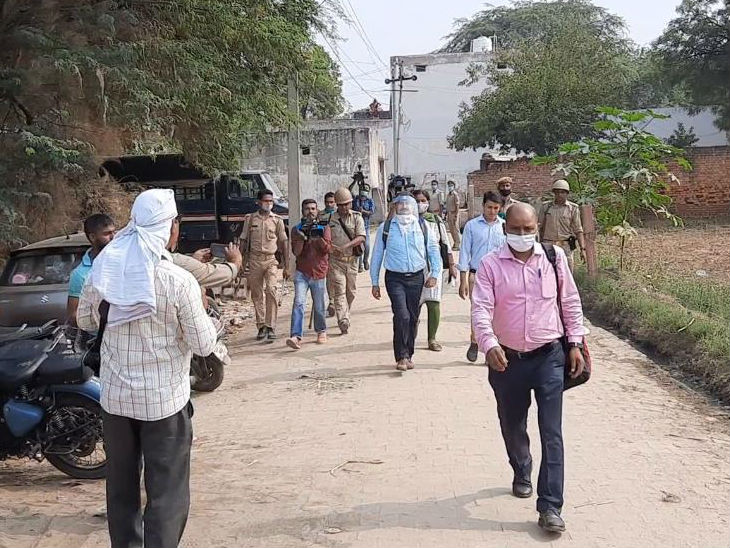 On October 11, the CBI registered a case against the main accused Sandeep on the basis of the first FIR of the Hathras police. After that CBI is in constant action. Today, CBI reached Chandpa Kotwali in the morning for the fifth day of investigation. The team reached Bulgadhi village after getting information about the accused in about half an hour. Here the CBI interrogated the relatives of the accused for about 3 hours 45 minutes. During this time, the forensic team searched Sandeep’s room and every corner of his house.

Earlier on Wednesday, the CBI questioned both the brothers and father of the victim for about seven hours. At the same time, on Tuesday, the CBI team reached the spot and the funeral site. Forensic evidence was also collected during this period. CBI officers took the victim’s elder brother along for questioning. He was sent home under police protection late in the evening. Discussions were also held with other family members. The team also questioned the policemen of the area’s Chandpa police station. 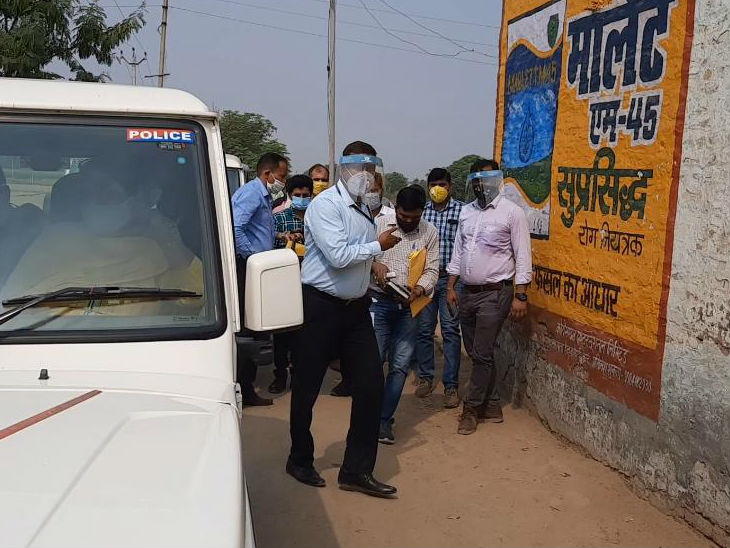 The CBI team stayed here for about quarter to four hours.

Sandeep’s father said- The victim’s father had filed a case against me too.

Guddu, father of Sandeep, the main accused in the Hathras case, said that my son is innocent. He was with me at the time of the incident. Both of us father and son were feeding our animals. We came to know about the incident from a boy named Chhotu. He owns the farm in which the incident took place. The victim’s mother and elder brother were present at the time of the incident. My son has nothing to do with the assault and other incident with the victim girl. We were also falsely sued by the victim’s father in 2001. We were jailed for 20 days. The suit was later concluded in 2016-17 under the agreement. Apart from Sandeep, the other three accused Ravi, Ramu and Lovekush are also innocent. We are ready for the narco test. Two months ago, the victim’s father complained to me that Sandeep calls my daughter. Then we stopped Sandeep from calling. The girl also used to call Sandeep. We expect a CBI inquiry. The CBI has taken Sandeep’s mark sheet and phone as evidence.

On September 14, four people allegedly gangraped a 19-year-old Dalit girl in Bulgadhi village of Chandpa area of ​​Hathras district. The accused broke the woman’s backbone and also cut her tongue. The victim died on 29 September while undergoing treatment in Delhi. All the four accused in the case have been arrested. However, the police claim that the rape did not take place.

Uddhav Thackeray | Kangana Ranaut Vs Shiv Sena News; Ayodhya Saints Maharashtra Chief Minister Uddhav Thackeray Should Not Come to Ayodhya | The saints of Ayodhya; Said- Do not come here Uddhav Thackeray, otherwise you will have to face opposition; VHP bid – Government working in the spirit of revenge

Uttar Pradesh Lawyers Protest Today In Varanasi; Raised Slogans Against Police Administration | Hundreds of lawyers took to the streets in protest against the police, accusing the administration of harassment

TEL AVIV: The first commercial passenger flight to Israel by a carrier from the United Arab Emirates landed near Tel