When the pandemic-induced lockdown was declared last March, two young entrepreneurs running mango orchards at Muthalamada in Palakkad were left staring at a crisis of sorts.

With the movement of their product beyond the borders no longer an option, they had to forego their clients predominantly from Mumbai and Delhi and look for new clientèle for the highly perishable goods.

Thus was born the idea of marketing it within the State with the help of social media. “We publicised our mango varieties initially through Instagram, which was done mostly as status. As we found the response encouraging, we started an Instagram page,” said Amal Eldhose, who is doing MBA.

Last year, the sale was mostly confined to Ernakulam, especially Kochi city and nearby areas, since the demand was mostly from there. Orders were mostly received through WhatsApp, and the youngsters hired a truck and an employee to deliver the fruits. At times, they even personally did the delivery.

“Quality fruit devoid of any kind of preservatives remains the main attraction of our products. That is also the reason why we were able to win regular customers,” said Amal Tom, an youngster from Pala who is now doing engineering graduation. Both had met in school in Standard 10.

The duo did considerable business for a pandemic-hit year, logging sales of 4,100 kg. Buoyed by that, they have now expanded their business beyond Ernakulam to across the State, with orders already coming in from Kottayam, Pathanamthitta and Kozhikode districts. They have also engaged an agency for the delivery of fruits.

From being restricted to social media, they have now launched a dedicated portal, which was launched by Hibi Eden, MP.

“We have now kind of reoriented our business, with focus now being within the State. Plans are also being explored to join hands with our friends in the same business,” said Mr. Eldhose.

Apart from mangoes, they also deal in cardamom and pepper. Visit www.lushhaven.in for details. 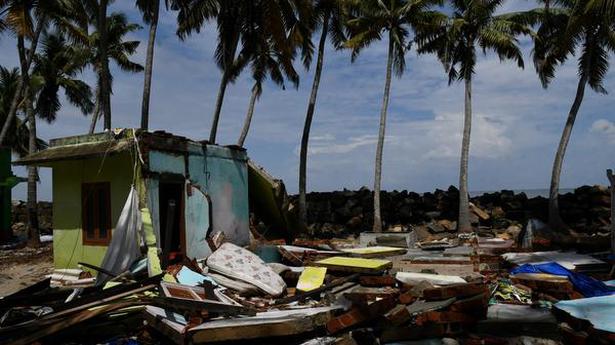 Govt. offers ₹10 lakh to familes in Chellanam, who want to relocate 50% hospitals beds to be allocated for COVID patients