The High Court on Thursday refused to order police protection for Sister Lucy Kalappurakkal to enable her to continue to reside in FCC Convent, Karakkamala, Mananthavady.

However, the police shall ascertain the veracity of her allegations and afford adequate protection to her if she approached them and lodged a complaint that she was receiving threats, or on matters that interfered with her peaceful living, if she was living elsewhere, the court said, on a writ petition filed by her seeking police protection to her life and property.

Sr. Lucy had also sought an order restraining the convent authorities from interfering with her peaceful living, in view of a suit she filed before munsiff court, Mananthavady.

She contended that she drew the ire of the convent authorities and was dismissed from the congregation, after she joined in protests against Franco Mulackal, a bishop accused of sexual offences, and for penning a book ‘Karthavinte Naamathil,’ recollecting her bitter experiences.

A review petition in this regard was pending before the Pope. She further said she was defrocked under canon law which was in conflict with the law of the land.

The counsels for respondents, which included the police and the convent authorities, said her appeal to the Supreme Tribunal in Vatican had been rejected and that FCC did not permit non-members to live in its convents. Her continuing in the convent would lead to strife and conflicts, they argued.

The Government Pleader said police personnel regularly visited the convent to ensure that law and order was maintained.

Nod for loan for SilverLine from external agencies 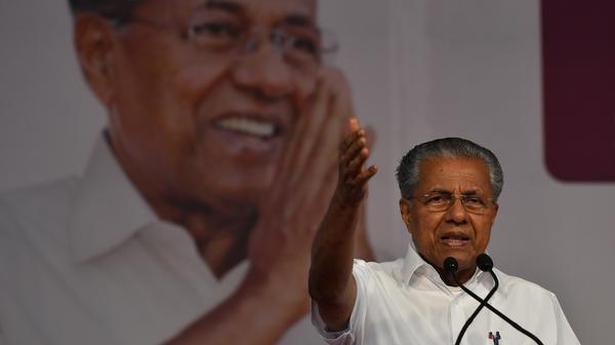