The Madras High Court on Tuesday directed the State government to respond to a public interest litigation petition, which challenged the appointment of former judge S. Baskaran as the Chairman of the Tamil Nadu State Human Rights Commission (SHRC) on the ground that it lacked transparency.

The First Division Bench of Chief Justice Sanjib Banerjee and Justice Senthilkumar Ramamoorthy directed State Government Pleader V. Jayaprakash Narayanan to get instructions from the Public Department Secretary within four weeks with respect to the PIL petition filed by S. Logeshwar, an advocate.

Representing the litigant, senior counsel A. Sirajudeen said Justice Baskaran was fully qualified to hold the post since he had served as a judge of the High Court and that was the reason a writ of quo warranto was not filed questioning the authority under which he was holding the position.

However, complaining about the selection process, counsel said that no notification was issued, and no applications were invited for the post. He claimed that many other retired judges might have applied for the post if a notification had been issued by the State government.

The petitioner stated that the SHRC Chairperson’s post was lying vacant since 2019. Suddenly, the government convened the selection committee meeting on December 26, 2020, and the Law Minister proposed the name of Justice Baskaran.

Further, stating that the Leader of the Opposition M.K. Stalin had boycotted the selection committee meeting since there was lack of discussion and transparency in the selection process, the petitioner had included Mr. Stalin too as one of the respondents to his case “since he might have vital information” to disclose before the court. 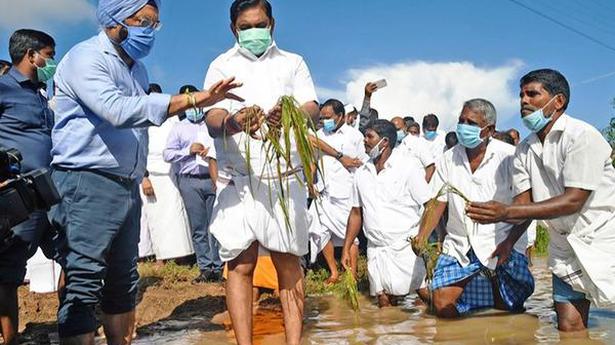