Court bars Peddireddy from interacting with media till Feb. 21

State Election Commissioner (SEC) N. Ramesh Kumar’s order that Panchayat Raj & Rural Development Minister Peddireddy Ramachandra Reddy should be confined to his residence till February 21 to prevent him from vitiating the process of Gram Panchayat (GP) elections, was struck down by the High Court on Sunday. However, the court barred the Minister from interacting with the media till the above date.

Justice D.V.S.S. Somayajulu delivered the verdict after hearing the arguments on a house motion petition filed by Mr. Ramachandra Reddy Saturday evening against the SEC’s order to the Director General of Police, which was for restricting the Minister’s movements till February 21, when the last phase of the panchayat elections are scheduled to be held.

A main point in the Minister’s petition is that he got to leave his residence on Sunday morning to receive President Ram Nath Kovind who was on a visit to Chittoor district, at the Renigunta airport.

Appearing for the Minister, senior advocate C.V. Mohan Reddy contended that the impugned action was beyond the jurisdiction of the SEC and in violation of Articles 14 and 21 of the Constitution. He also insisted that the SEC should have put the Minister on notice before issuing the proceedings, and claimed that his client only criticised the SEC’s order that ‘unanimous elections’ in some districts should not be notified.

Senior lawyer B. Adinarayana Rao told the court that the SEC’s order was necessitated by the Minister’s exhortation to election authorities to defy the orders of SEC, which adversely affects the conduct of elections, and that the SEC did not intend to fully curtail the Minister’s liberty.

The SEC did not have any objection to Mr. Ramachandra Reddy discharging his functions as the Minister.

Advocate-General S. Sriram said the right to free speech and liberty are provided under Articles 19 and 21 of the Constitution and they can be curtailed only on reasonable grounds and orders to that effect are liable to be tested on grounds such as proportionality and mala fide including arbitrariness.

He further said the kind of restraint which the SEC sought to impose on the Minister was unprecedented and therefore required a judicial examination.

A prior notice would have established the facts as the content of the Minister’s speech was contested, especially in the context of the distinction between hate speech and an inflammatory speech. The SEC should have justified his restraint order on the touchstone of fair and due process, the A-G observed. 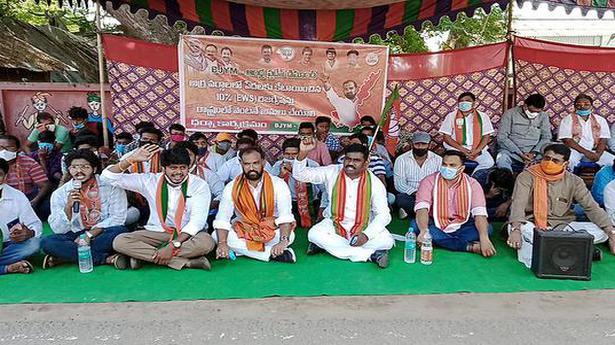