Hearing a PIL plea on the instances of some citizens ending their lives due to harassment by loan app operators, the HC instructed the DGP to approach the sources from where such apps are downloaded and get them blocked for further operations. A bench of Chief Justice Hima Kohli and Justice B. Vijaysen Reddy said the Police Commissioners of Hyderabad, Cyberabad and Rachakonda would have to file independent reports on such instances and the actions they had initiated to check illegal activities of the loan app operators.

The status report to be filed by the DGP would cover all aspects of the loan apps like the reported exorbitant rates of interest being collected from borrowers and instances of suicide reported in different parts of the State. The petitioner Kalyan Dileep Sunkara, an advocate, stated that the loan operators were charging rate of interest ranging from 150% to 450% on weekly or fortnight basis.

They were adopting unethical and illegal means to collect the loan amount by accessing personal photos and information of the borrowers. The petitioner sought a direction to ban all such mobile phone loan apps. The matter was posted to March 18 for next hearing.

India to host meeting of Law Ministers of SCO member-states 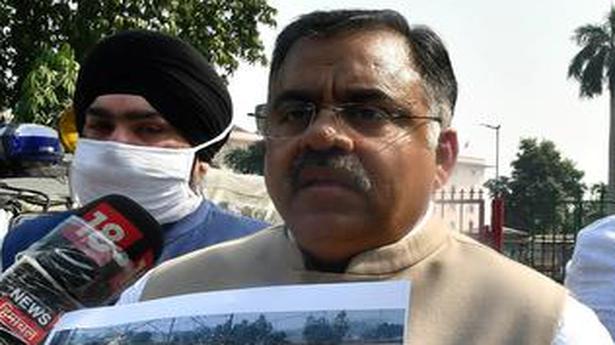