This winter visitor to Chennai can persistently stay hidden in reed beds, and so birders train their ears to identify it by its call

Though a winter sojourner in Chennai, the Pallas’ Grasshopper Warbler’s vacation photos would scarcely fill an album.

As Old-World warblers go, this brownish bird has more pronounced markings than most others. So technically, it should be easy to spot and identify one in the field. The bird however does not make it that easy for the observer.

Titles get thrust upon birds, and one that sits unfortunately on the Pallas’ Grasshopper Warbler’s (PGW) significantly-streaked brown back is: Skulker to the nth degree.

The bird would tenaciously stick to the undergrowths in reed-beds till a Zen master’s patience begins to wear as thin as the fairy feather.

So, in time, birders, especially those watching the PGW in its wintering range, train their ears to identify its call.

More often than not, that would be the only way to documenting the bird’s presence.

“The Pallas’ Grasshopper Warbler is a reliable bird, if you have seen it in a patch, you will likely see it there every winter for a long time unless there is habitat destruction,” says eBird reviewer Vikas Madhav Nagarajan. “In 2018, I had seen the Pallas’ Grasshopper Warbler at a patch on the Thoraipakkam side of the Pallikaranai Marsh and I still see it there, in 2021. So is the case with a patch in Karapakkam that is overrun with reeds.”

Similarly, in thick reed-beds near what is called the Global Hospital road in Perumbakkam, Vikas heard the Pallas’ Grasshopper’s characteristic call. Later, when birder Rama Neelamegam and Vikas paid a visit to the said patch, they both could document the presence of the bird with clicks of their cameras.

Ornithologist V. Santharam draws attention to the how PGW sightings in Chennai have been on the increase in the last three-to-four years.

“The bird was there earlier too, and it was not really reported because of an unfamiliarity with its call. With easy access to recordings of bird calls, this problem does not exist anymore. The Pallas’ Grasshopper Warbler’s call is distinct, and once you know it, it should be easy to identify it,” says Santharam, adding:

“You also know the kind of habitats that the bird is found in. If you wait for the bird, you should find it. With easier ways to transmit information now, when there is a sighting, news spreads and others know where to look for the bird. Based on eBird listings, I visited a section of the Perumbakkam Wetland, and then Karapakkam, and at both these reedy patches, I was able to see the Pallas’ Grasshopper Warbler.”

Aravind explains: “Sidharth Srinivasan (also a birder) and I heard the bird at Karpakkam. I did not record the call then, but just observed the bird’s movements and listened to its calls. When I heard Sidharth’s recording of a Pallas’ Grasshopper Warbler’s call, I liked the sound of it. As I had observed the bird’s movements carefully, it was easy for me when I sought to record the bird’s call myself. When Sidharth and I were out there, we had observed a particular behaviour of this bird. While moving from one reed to another, the Pallas’ Grasshopper Warbler makes these short calls, and once its movements become less intense, it makes a long metallic call.”

Whenever a Pallas’ Grasshopper Warbler’s recording runs for a reasonably long stretch of time, a passage would recur like a leitmotif — it comes with the rapidity of a gunfire, and is best described as “metallic”.

Aravind says that he has been able to hear, and on days that glint under a lucky sun, even see the Pallas’ Grasshopper Warbler, with a good degree of predictability at reed-beds where the bird has earlier been heard or sighted, or both.

Aravind elaborates: “I would hear the bird’s calls at Ram Nagar Swamps (Madipakkam); in Karapakkam; and have also heard it a couple of times, above the din of heavy vehicular traffic on Sholinganallur-Medavakkam Road, along a section of the Perumbakkam Wetland characterised by dense reed beds. It is also the place where bitterns, yellow and black, are seen.” 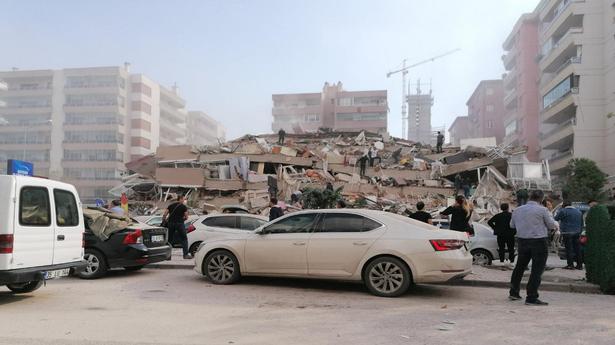 PIL against banning of ornaments in NEET centres 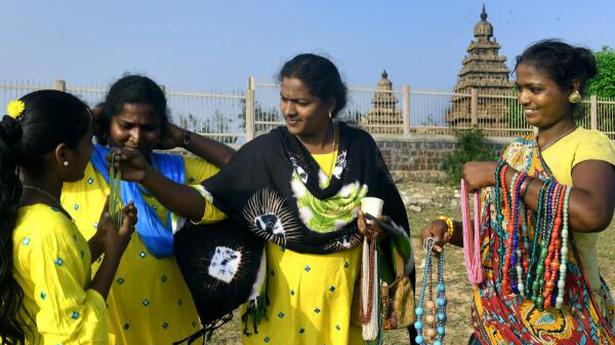