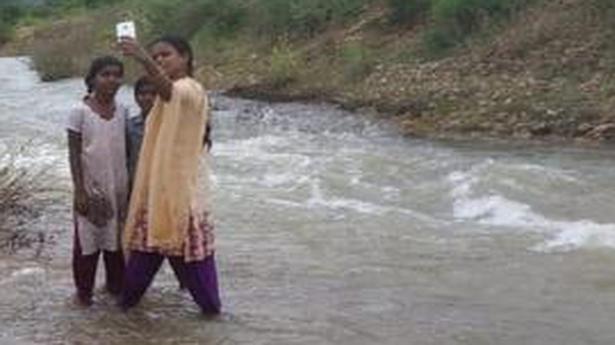 
Heavy rain lashed the district on Monday, with Vadamalapeta mandal recording the highest of 96 mm and B.Kothakota mandal receiving the lowest of 5 mm rainfall. The rain covered all 66 mandals of the district registering 2041.6 mm in total.

It was downpour in Srikalahasti, Pichatur, Nagalapuram, Puttur and Nagari mandals between Sunday night and Monday morning. A number of streams down the Nagalapuram hills were overflowing. The western mandals in Madanapalle revenue division too witnessed good rainfall for a single day.

The sudden downpour led to cascading waters at Saddikulla Madugu water body at the foot of Nagalapuram hills. People of several villages gathered here to enjoy the scene. The youth said the streams had remained parched for the last five years, even after receiving a glimmer of showers this year since June. The Sunday night’s rain was so heavy in the forested terrain that several streams came back to life.

Following heavy inflows in the Saddikulla Madugu water body, which is notorious for high number of casualties during rainy season, the forest personnel from Satyavedu range had to be on toes all the time to prevent tourists from venturing deep into the forests.

All round the year, the location attracts hundreds of youth from Chennai, who enter the water body in the forests evading the vigil of the forest and police personnel. During the last one decade, the officials had launched several rescue operations here.

Meanwhile, the Joint Director (Agriculture) N. Vijay Kumar told The Hindu that despite downpour in the district, there was no any crop damage as the kharif season was over, and rabi yet to begin. 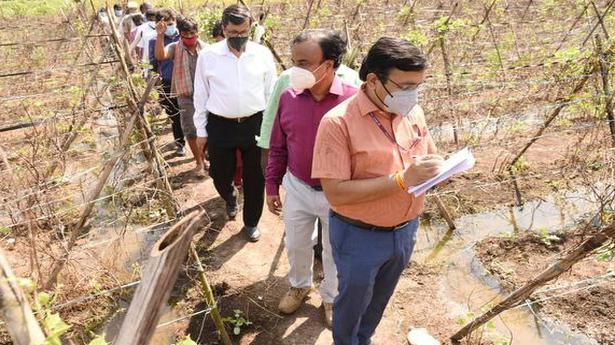 The benchmark stock indices have bounced back with gains this morning after yesterday’s sharp fall. Join us as we follow