The High Court of Karnataka on Wednesday ordered issue of notice to the State government and Mangalore City Corporation in a public interest litigation petition seeking a declaration of the 2019 incident in which solid waste slipped at the Pachhanadi waste dumping yard in Mangaluru as a disaster under the Disaster Management Act and also payment of compensation to victims.

The petitioner has also sought a direction to the government and the corporation to treat, manage and dispose of solid waste that slipped and got disbursed to Pachhanadi and neighbouring villages to control further damage to environment, agricultural land and also residents.

As the petitioner sought a direction to the State to implement the Solid Waste Management Rules 2016 and the SWM Model Bylaw 2019, the Bench, while citing the failure of even the Bruhat Bangalore Mahanagara Palike to enforce these laws, orally asked the government to give the name of at least one local body authority that has implemented the laws concerned in the State.

It was also pointed out in the petition that garbage in the Pachhanadi landfill slipped due to the flow of storm water following heavy rain in August 2019 as the authorities had not taken necessary precautions. And, nearly nine lakh tonnes of solid waste dumped in the landfill got disbursed to adjoining agricultural and residential property, damaging more than 18 acres of land, four houses, places of religious worship and plantations of commercial crops such as coconut, arecanut and pepper.

About 50 families have lost their houses, belongings, agricultural land as solid waste is still lying on their property without being removed and 400 tonnes of solid waste is being dumped in the yard everyday in violation of environmental and Solid Waste Management Rules, the petitioner has said.

While seeking a direction from the court for the appointment of a district judge or an institution of repute such as National Institute of Technology-Karnataka to access the cause for solid waste slip and to access the actual loss suffered by the residents of surrounding villages and localities, the petitioner said that a direction may be issued to immediately distribute nearly ₹ 10 crore as compensation to the owners of property damaged in the incident as accessed by the corporation in its report sent to the government in October 2019. 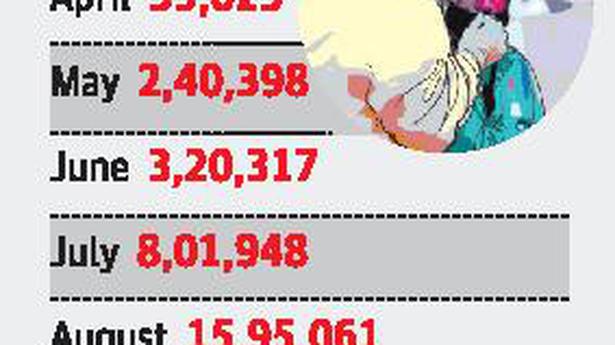 HC stays law on 25% quota for Karnataka students in NLSIU