It was fine as far as the pizza delivery at weekends was concerned. The only hitch, that a new delivery boy had to be guided across all the cross points till your door. The price fixed, consumed before confirming any expiry date printed, or guarantee, warranty, even asking for a receipt was foregone. Transactions generally closed with a sweet, ”keep the change”.

It was different, when a new upgraded water filter was ordered from a reputed company, in Covid times. The delivery arm or a variable appendage, said it shall take four days. One is stuck to change the product, complain, having made the payment upfront. Besides, the company should be installing as many as possible per day. Delaying a water RO system, is same as depriving a family of masks for as many days. To beat it, it has 99.9% efficacy!

Even with less buying power, there are items whose demand may increase due to semi-lockdown conditions, seasonal demands, electronic gadgetry for online learning. Companies that have not realized this, still running on low capacity, are either short on production, have not made composite contracts with prominent display sites, and lack sufficient trained staff for installation. Just to complete the story, the gentle man who came had the company’s badge, but no ID provided by the company, mandatory by law for entry into any residential premise. After drilling as many holes as he could, he hooks the gadget on the wall, and when the switch is turned on, says the voltage input pat is faulty. That should have been checked before mounting the gadget. The gadget is de-installed.

The e-tailer business is bound to increase. Demand and production may still remain the same in many sectors. That means consumer convenience, turnover, increase manufacturing in domestic appliances due to lack of domestic help, basic affordable laptops and mobile handsets for learning, avoiding needless running around (reducing road jams and pollution), medicine supply. For some, just some time to discuss about the Bihar politics, because every third man next to you either belongs to once India’s most educated state, is married to a lady, a civil servant from Patna, or during his banking tenure was posted there for a few years. That is just enough. A little longer would have made him habitual to the local cuisine—“litti and dahi chura”!

With e-commerce picking up, even with a raised Consumer Protection Commission in place, as late as 2019, there are loopholes that need to be plugged. Make it as simple and actionable with just with an e-mail or a mobile call.

With the telecom sector not in its best days, you can have unseen hurdles in number portability. For instance, the next month’s bill due after two days may crop up, delaying transfer. Your chip may stop working, and you have to report just to be told that your profile does not match with the previous one. The Aadhar you have is your present identity. in ten years there are changes in appearance, house address. Moreover, your previous account is closed, and a new one started. My real fear is that is the SIM loaned to un-authorized agencies, with the 4G spectrum viable 40 kms across the border, at hefty per day rents, or else why would a struggling telecom giant harass and lose customers! The daily casualty of four or five arm personnel despite all precautions needs to be explained. With the availability of SIMs either side of the border, is minute to minute audio-visual information passed on. I wouldn’t say further. It was a stray thought, and I am not Sherlock Holmes.

Coming back to the consumer, the TRAI should have the muscle to ask the company to sort out within two days, rather than “contact your service provider”. Administration should keep a candle in one hand and a whip in another. The power of TRAI, despite its mammoth responsibilities in spreading connectivity, arranging for 5G, should have an easy perceptibility and approachability to the common man.

A few weeks bac we had a heated TRP war, hopefully settling down for everyone’s peace, wistfully setting precedents for “mediation”, under a designated body. Media being a strong pillar of democracy, need not have the compulsion to go to courts, put under criminal action.

Coming to broadcasting.  A reputed company who runs this service, has a record for exports and exchange earning s for the country, offered new set-top boxes to give access to more channels, particularly the short compact film segment. It even offered a two -month free trial. Many did not mind it, but actually they failed to execute and finalize the deal. A possible hitch could be that the target audience were those with portable handsets, using at will at waiting places, lounges, cafeteria, travelling.

I do not know under what duress this reputed company has started non stop ads of its new set-top models, that disallow watching any other news channel, including the state channel DD, that carries government news, events, even the PM, President’s speech to the nation.

So, did the set-top idea, failed due to a collaborative hitch, between an inner contract, that was ill-executed, leading to losses. The set-top boxes were to be thrust on the customer because this broadcaster is a, sort of a monopoly, a good reputation let things go out of its hands. No-one could have believed this!

Honesty, is the best policy, provided you know when to cash it!

In consumer terms, this is called “consumer captivity”. You go to a five -star dining and ask for a can of beer. In spite of that being in stock, you shall be told that they only have large bottles. Don’t be surprised if the only room available is the “large pink honeymoon suite”. Your spouse may be happy, but you know how crumpled your credit card has become, as you sit with the wallet in your back pocket!

Talking about credit cards, CIBIL is run arbitrarily by a group of banks. Most of the times decisions are enforced unchallenged, as though it was a court order! Today’s India uses credit cards as currency. The CIBIL is more concerned with punitive action, not realizing the hurdles to a digital India!

The RBI being the foremost, should have a quick and effective corrective cell for credit cards complaint redressals. Most lose on a due repayment as they are abroad, but anyway, the bank gets enormous interests If they find this less remunerative, they can plough the benefits into their medical insurance venture. Rules and financial credibility intact, a credit card has its role in running digital India!

Basic services are always retained, even as an organization grows. A hospital no matter how big, still has to have an emergency running 24×7 for bandages, stitches, and painkillers. Pardon me for this late addition, in certain states, anti-diarrhoeal mixtures are a mandatory part of the “First Aid” kit!

For close to seven years, the Late Prof Manubhai Shah (passed away 3 yrs ago at 85), would see me in my clinic in the mornings for some complaints. In the evenings I would join him for dinner at India International Centre. That evolved the consumer sense.

He started a stand-by Consumer Centre even as he was GM Lalbhai Group. When I asked him about any conflict of interest in the two responsibilities, I was amazed to know his response. Consumer laws as strict as in the US were prevalent. Any cloth bought from his company could be returned within a month, refunded, no questions asked! An Indian corporate taught him consumer laws!

(Probably they knew that ‘khatir’ (poet) is a stranger

He was therefore looted by the people in your town) 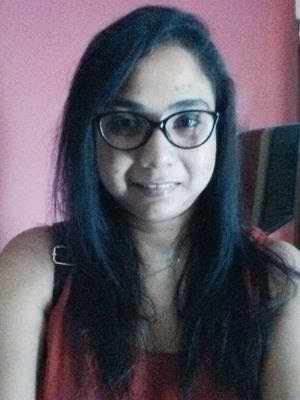 Has OTT boxed in the big screen? No, stars to shine on cinema’s big and small skies

Biden must roll back Trump’s tariffs and woo India for Silicon Valley: Bloomberg