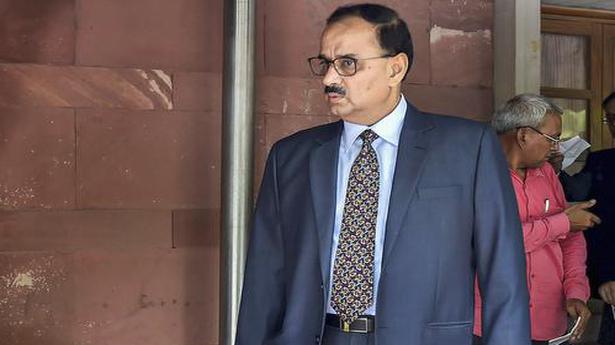 “Also added to the list of numbers at the same time as Verma were two other senior CBI officials, Rakesh Asthana and A.K. Sharma…,” news portal The Wire claimed in a report.

The Wire on Thursday reported that hours after Prime Minister Narendra Modi acted to oust Alok Verma from his post as head of the Central Bureau of Investigation (CBI) at midnight on October 23, 2018, an unidentified Indian agency known to be a user of Pegasus spyware made a note of three telephone numbers registered in his name.

“…The blow the Modi government delivered that night was accompanied by a second sucker punch: someone with the keys to India’s hush-hush spyware deployment system received authorisation to add Verma’s numbers to an extensive list of persons of interest that included at least 10 individuals whose phones bear the tell-tale footprints of Pegasus, The Wire has established,” claimed the report.

“Along with Verma, the personal telephone numbers of his wife, daughter and son-in-law would eventually get placed on the list too, making it a total of 8 numbers from this one family,” it said, adding: “Also added to the list of numbers at the same time as Verma were two other senior CBI officials, Rakesh Asthana and A.K. Sharma…”

“NSO insists the leaked database has nothing to do with the company or with Pegasus. Verma was unwilling to participate in this story, so forensics on the telephones linked to him – the only way of conclusively establishing whether they were targeted or infected with Pegasus – could not be carried out,” The Wire said.

Curtains come down on campaigning for Tirupati LS bypoll