The rapidly digitally developing country India, is at the cusp of a digital revolution which will be powered by IoT as it creates a network of billions of people around the world through the internet. It is being supported by the Increasing Internet penetration along with the increasing intervention of the government to create a digitally developed country. IoT has been gaining popularity and it will trigger growth in job avenues, hybridize the traditional jobs, catapult industrial productivity and maybe even change the socio-economic fabric of India. India’s IoT investments are projected to reach $15 billion by 2021 from $5 billion in 2019, according to a Zinnov report, and the global IoT market is projected to grow from over $170 billion in 2017 to over $560 billion by 2022 according to a report by Markets And Markets.

IoT, which stands for Internet of Things, is a network of physical objects which communicates and interacts with their internal states or external environment through embedded internet. This makes all the IoT devices around us easy to control and enable automation through the internet.

IoT is driving a digital wave in Home Automation

IoT has gained the most popularity in home automation in recent times due to the rapidly increasing awareness and inclination of people towards Smart Homes. Developments in the Home automation sector have put a lot of the much-sought limelight on IoT. IoT got highlighted with the introduction of international players like Amazon’s Echo, Google’s Alexa, etc. Some more common devices include smart remotes, smart locks, smart lighting, smart doorbells, smart AC controllers, etc. Not only homes, but IoT is also disrupting various industries as well like Manufacturing, Healthcare, Supply Chain, Energy, and Agriculture amongst others.

IoT enables enhanced automation, analytics, data collection and is giving a major push to the Industry 4.0 movement which is driven towards automation for optimized workflow and analytics. With IoT, manufacturing becomes easy as the machines can be programmed to work together for a better-streamlined unison between them to optimize the production. It also allows the machine to collect data and put in fail-safes and smart technologies that allow proactive maintenance or automated recovery after failures. Moreover, these machines will also be in sync with the analytics program that will help with improved workflow. IoT is often missed out on while discussing analytics but it is only with IoT’s automation that allows insights and optimizations through the data captured by machines like never before. The idea of smart factories is only possible with the intervention of IoT.

With the recent developments in farm management and increasing adaptivity of technology in Agriculture, Farmers are becoming more and more aware of the benefits of technology and IoT enables farming and Agriculture to reap benefits from the seeds of technology. The data collected with the IoT devices connected to the internet and smart technologies enable farmers to track the crop cycles, livestock cycles, measure data on farm inputs, and survey the farmable land. All these technological developments put together enable farmers to indulge in precision farming and help them keep up with the ever-dynamic requirements of agriculture.

The Energy utility sector was one of the pioneering sectors to adopt IoT and with the introduction of smart meters, the energy utility sector has been able to record energy consumption in a more detailed manner. It also allows the companies in the sector to bill customers more efficiently for consumption. Additionally, IoT-enabled smart meters are also helping the utility industry to track down the green technologies users and send the remaining energy back to the grid, and credit them with incentives of using environmentally friendly energy. Similarly, solar panels enabled with IoT and other green energy tech are tracked and better monitored for analytics and streamlining the fail-safes.

Healthcare is one of the sectors that has realized the potential of IoT and has equipped itself to the benefits of being connected to the internet. From a time-consuming process of physicians spending a lot of time in collecting and accessing patients’ data to now an automated and a streamlined process of sampling, collecting, and remotely accessing data through IoT-enabled processes, IoT has disrupted the healthcare industry.

IoT and the future of Jobs

IoT will be the next big digital revolution and like all other revolutions, IoT will affect jobs in many imaginable and unimaginable ways. Historically, digital advancements have made many changes in the jobs and were introduced at the expense of some job categories. This was witnessed previously in past Industrial and digital revolutions and with IoT, the influence of tech on jobs is expected to be hybridizing by many. The digital revolution caused by IoT is expected to create a Hybrid economy in many verticals of different industries. New categories of jobs are to emerge with the hybrid economy created by the IoT lead digital revolution. It is clear that the upcoming jobs will require knowledge of specific domains and new-age tech as well as soft skills along with hard skills. However, it is tough to certainly predict the extent or the full range of jobs that might be enabled by IoT in the next few decades.

IoT is emerging as one of the fastest-growing tech fields in India and with its widespread following the digital revolution. It is already catapulting various industries and India is at the cusp of transforming and hybridizing jobs as per the future’s demand. Therefore, IoT is triggering the next big digital revolution and paving the way for it through automation.

Got the jab! be discrete of the brags 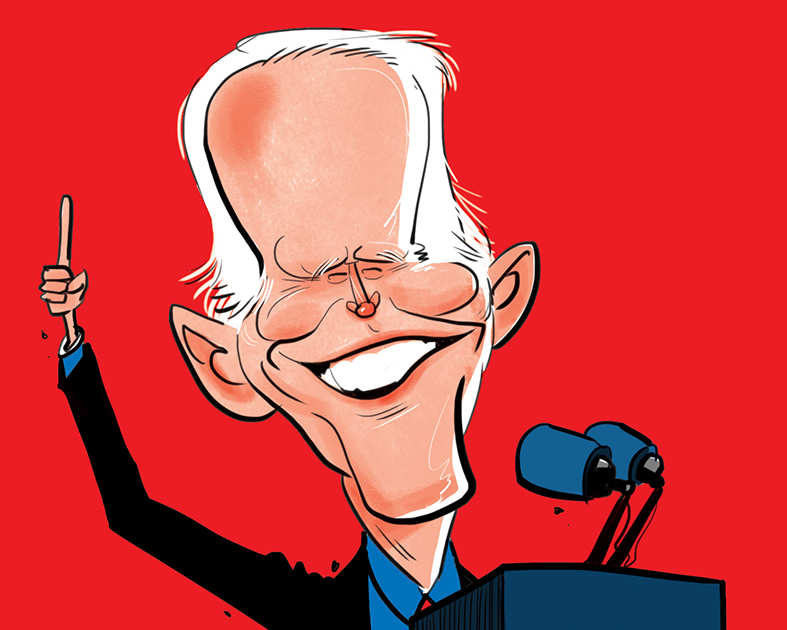 Bad news for Beijing: America comes roaring back. President Biden has picked up the gauntlet China threw down