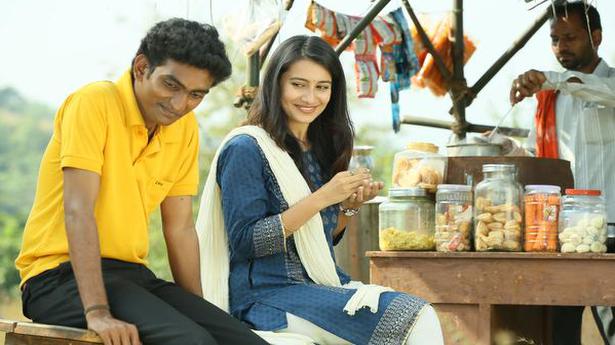 Kannur-based Sijo Rocky’s directorial début ‘Preetam’, which hits screens soon, is set in the heartland of Maharashtra and features a Marathi cast

The upcoming Marathi romantic drama Preetam bears an indelible Malayali touch. Directorial début of ad filmmaker Sijo Rocky from Kannur, Kerala, Preetam is set in the heartland of Maharashtra and features an all-Marathi cast. Sijo says Preetam initially had everything Malayali at its heart, but “destiny” had other plans.

Sijo looks back at his journey from a star-struck college student who dreamt of “making a movie one day” to what inspired him to eventually realise his dreams in Marathi when his plans did not take off in his mother tongue. “After college, I tried entering the Film and Television Institute of India in Pune but could not make it. Then I went to Kochi where I got the opportunity to rub shoulders with many directors. In the meantime, I took up sundry jobs to make ends meet. After two years, I went to Mumbai to meet Malayali-born Marathi director (late) Valsalan Menon who, fortunately, took me under his wing,” he recollects.

Sijo then worked with Menon for three years, doing several commercial advertisements and assisting him in some movies, before moving back to Kochi to work as an independent ad filmmaker. “Five years ago, when a friend of mine told me the story (Preetam) he had in mind, I felt it could be brought to screen. We started working on it in Malayalam,” he says.

Though a known Malayalam actor expressed interest in the film, the project did not work out and was stuck in development hell. “Later, a friend of mine suggested that perhaps it could work better in Marathi. He felt the premise suited the rural social-political context of Maharashtra,” says Sijo. Soon, he started watching a lot of Marathi films to “get a hang” of the film industry. “I watched over 40 films and especially liked the comedy drama Balak-Palak,” he says. Sijo then roped in Balak-Palak‘s co-writer Ganesh Pandit to write dialogues for his film and to breathe a Maharashtrian ethos into the script.

Sijo says Preetam, set in a Konkan village in the Malvan region, revolves around a young guy, Preetam, played by Marathi actor Pranav Raorane, with an inferiority complex. “He is a milkman, who thinks himself to be unattractive and has low self-esteem. He has a bunch of friends who are essentially hangers-on. But he is also a do-gooder. Things take a turn when he falls in love with a middle-class girl who moves to the village from Pune with her family,” he explains. Others in the cast include debutant Nakshatra Medhekar, Upendra Limaye, Ajit Devle, Vishwajit Palav and Sameer Khandekar.

Another Malayali connection in Preetam is the music by Alappuzha-based composer Viswajith C T. Preetam was shot predominantly in the Konkan region. “We had initially planned to release the film in April last year but it was postponed due to the pandemic,” says Sijo. Preetam is now set for a theatre release in Maharashtra soon.

Vaccine for front-line workers from today

TCS inks pact to set up digital hub at Technocity