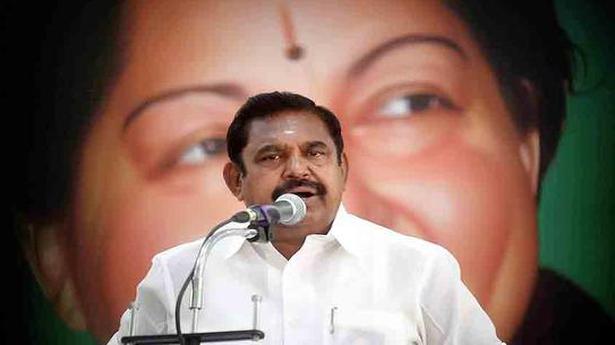 
Edappadi K. Palaniswami, who completed four years in office as Chief Minister on Monday, has surprised friends and critics alike by remaining in power and consolidating his grip over the government and the party.

When Mr. Palaniswami assumed office on February 16, 2017, he was a less-known figure outside his home district of Salem or, at best, the “Kongu” belt of the western districts even though he was a Minister, a four-time MLA and one-time MP.

Today, he has emerged as the face of the AIADMK, said P. Ramajayam, academician, adding that the Chief Minister has been able to “improve” his image in recent months.

Politically, it was a “turbulent period” during which he became the Chief Minister, recalled a senior AIADMK functionary, who was then in the camp led by O. Panneerselvam, now Deputy Chief Minister and the party coordinator. At that time, Mr. Panneerselvam was carrying on his political battle separately against V.K. Sasikala. Yet, Mr. Palaniswami faced the situation “boldly,” the functionary said.

His simplicity and ability to formulate welfare schemes and measures “at the right time” were among the “endearing qualities” of his personality, said T. Narayanan, spokesperson of BJP, an AIADMK ally.

Appreciating Mr. Palaniswami’s district-wise review of the battle against COVID-19, he said, “Nearly for the last six months, he has been going around the State. I do not think any other Chief Minister has travelled as extensively as him,” Mr. Narayanan added.

D. Jayakumar, Fisheries Minister, said that apart from implementing electoral promises made by Jayalalithaa in 2016, the Palaniswami regime had carried out steps that were not mentioned in the poll manifesto. The 7.5% horizontal quota in admissions to undergraduate medical courses for government school students, the Pongal cash support of ₹2,500 and the waiver of crop loans of ₹12,100 crore were some of them, he explained.

A senior government official, privy to Mr. Palaniswami’s functioning, said “prompt and quick disposal” of files characterised his working style. The formation of six districts and the emphasis on projects such as Avinashi-Athikadavu were worth mentioning.

However, Mr. Palaniswami’s track record has not impressed his critics. DMK senior leader K.N. Nehru said “certain situations” like the Centre’s support, priority attached to achieving success in a minimum number of Assembly constituencies that went to the by-polls in 2019 and the way the ruling party’s legislators have been kept in “good humour” have contributed to Mr. Palaniswami’s continuance in power. “For whatever work that they have claimed to have done, the credit should go to the bureaucracy,” he felt.

Mr. Nehru contended that the recent measures, such as the crop loan waiver and the announcement of 24-hour three-phase power supply to farmers, were going to be of “no use to genuine farmers”. He alleged that the loan waiver would benefit only the “members of the ruling party”, unlike the scheme that was taken up during the DMK regime in 2006.

As for the three-phase power supply, chronic problems plaguing the power sector, such as shortage of manpower in rural areas, have not been addressed.

A. Gopanna, TNCC vice-president, accused Mr. Palaniswami, an example of “an accidental Chief Minister”, of practising the “politics of opportunism” by turning against Ms. Sasikala, who was responsible for making him the Chief Minister. He had also “compromised on the State’s rights and failed to secure adequate funds” from the Centre after cyclones hit the State, he said.

But Mr. Jayakumar and V. Pugazhendhi, spokesperson and joint secretary of Amma Peravai, dismissed the criticism. The former termed the charges “malicious”.

The latter said Mr. Palaniswami could not be found fault with on the count of loyalty, as Ms. Sasikala, in February 2017, appointed Mr. Dhinakaran the deputy general secretary of the party, even though he was expelled by Jayalalithaa in 2011 and had no contact with the party.

The party’s senior functionary said Mr. Palaniswami chose to turn against Ms. Sasikala as he was a “sharp observer of people’s feelings”.

‘Use fingerprints, Aadhaar details to establish identity of the dead’ 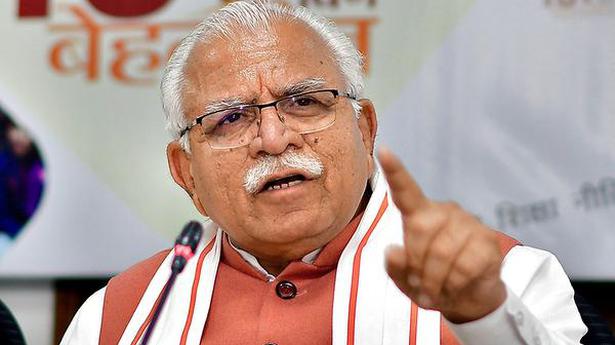