As forecast by the Central Water Commission (CWC), a huge flood of nearly 5.3 lakh cusecs started reaching Jurala project on Friday evening and it’s expected to go up further with increase in the discharge of flood to over 1.93 lakh cusecs at Narayanpur around the same time.

“Due to rainfall in the upstream catchment areas of Krishna Basin, release of flood from Almatti dam was around 2 lakh cusecs in the evening and coupled with supplementation from Malaprabha river that joins Krishna between Almatti and Narayanapur, the inflows into the latter increased to about 2.1 lakh cusecs. Accordingly, the discharge of flood at Narayanpur is also expected to cross 2.2 lakh cusecs in the night,” an official at Jurala said.

Besides, the flood in Bhima is rising further with the CWC forecasting that the flood level would go up to 407.6 metres, against the danger level of 404.5 metres, at Deongaon bridge in Kalaburagi district of Karnataka. On Friday evening it was 406.6 metres and it’s likely to go up by one more metre by noon on Saturday.

At Srisailam, the discharge of flood was nearly 5 lakh cusecs, including 4.71 lakh cusecs from the 10 spillway gates lifted for 20 feet height each and another 27,000 cusecs after power generation in the right bank power station of Andhra Pradesh. The inflows were about 5.63 lakh cusecs but they were expected go further with higher flood from both Krishna and Tungabhadra rivers. 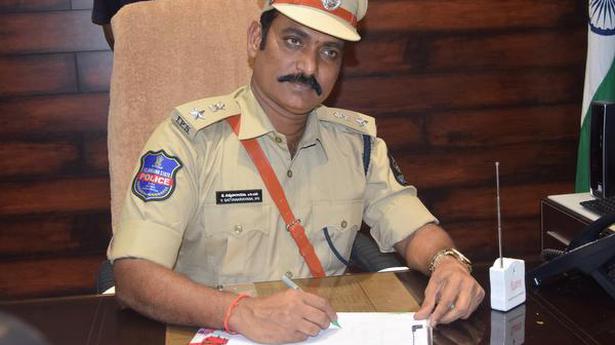 One Maoist killed in Asifabad identified