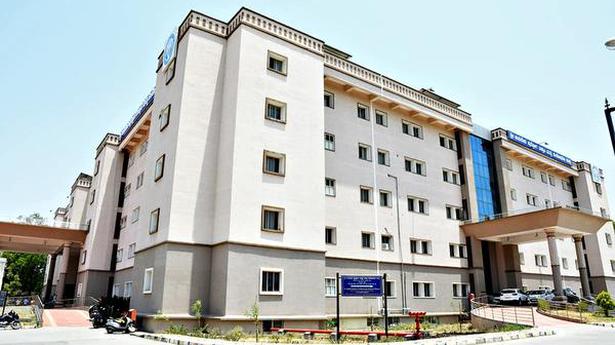 
The Karnataka State Human Rights Commission has issued a notice to the Gulbarga Institute of Medical Sciences (GIMS) and ordered the District Surgeon and the Superintendent, GIMS Hospital, to make a personal appearance before the Commission on January 27.

Admitting a complaint filed by a local RTI activist Riyazuddin Khateeb regarding the death of a 16-year-old patient due to what he said medical negligence, the Commission has asked GIMS to specifically report the instance and to submit a detailed report of the case.

According to the complaint, the 16-year-old patient, Akash, was suffering from chronic kidney disease since September 2018, and he was undergoing haemodialysis at the dialysis unit in GIMS.

The Commission learned that in 2017, a female child, Aliya, who was suffering from dengue, died due to unavailability of ventilator and medical negligence while getting treatment at GIMS. Mr. Khateeb also complained that none of the staff were suspended for such repeated negligence at the hospital.

Mr. Khateeb also sought for compensation for the victims and action against the officials concerned. He requested the Commission to direct the government to replace the dysfunctional dialysis units.

On September 13, the Deputy Director for Directorate of Health and Family Welfare, Bengaluru visited the hospital and enquired about the incidence.

Now, the KSHRC has ordered the District Surgeon and the Superintendent, GIMS Hospital, to appear before it.

Karnataka to get 51,000 tonnes of urea from Centre today

No predicting politics, says HDK on truck with BJP