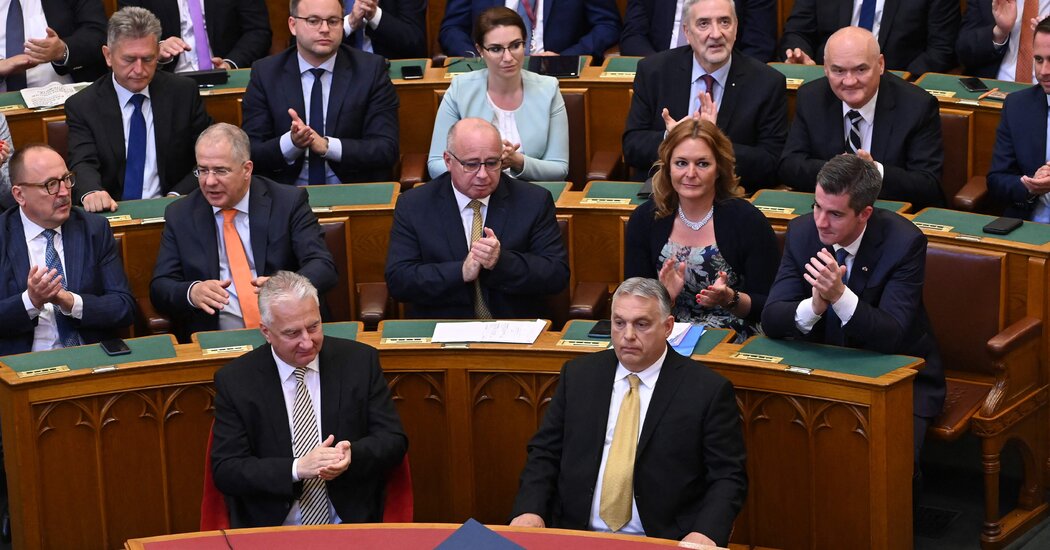 WASHINGTON — The Biden administration has accelerated its efforts to reshape Taiwan’s defense systems as it projects a more robust American military presence in the region to try to deter a potential attack by the Chinese military, current and former U.S. officials say.

Russia’s war in Ukraine has made American and Taiwanese officials acutely aware that an autocrat can order an invasion of a neighboring territory at any moment. But it has also shown how a small military can hold out against a seemingly powerful foe.

U.S. officials are taking lessons learned from arming Ukraine to work with Taiwan in molding a stronger force that could repel a seaborne invasion by China, which has one of the world’s largest militaries.

The aim is to turn Taiwan into what some officials call a “porcupine”— a territory bristling with armaments and other forms of U.S.-led support that appears too painful to attack.

Taiwan has long had missiles that can hit China. But the American-made weapons that it has recently bought — mobile rocket platforms, F-16 fighter jets and antiship projectiles — are better suited for repelling an invading force. Some military analysts say Taiwan might buy sea mines and armed drones later. And as it has in Ukraine, the U.S. government could also supply intelligence to enhance the lethality of the weapons, even if it refrains from sending troops.

American officials have been quietly pressing their Taiwanese counterparts to buy weapons suitable for asymmetric warfare, a conflict in which a smaller military uses mobile systems to conduct lethal strikes on a much bigger force, U.S. and Taiwanese officials say.

Washington increasingly uses the presence of its military and those of allies as deterrence. The Pentagon has begun divulging more details about the sailings of American warships through the Taiwan Strait — 30 since the start of 2020. And U.S. officials praise partner nations like Australia, Britain, Canada and France when their warships transit through the strait.

In ramping up its posture and language, the United States is trying to walk a fine line between deterrence and provocation. The actions risk pushing President Xi Jinping of China to order an attack on Taiwan, some analysts say.

On Wednesday, the Chinese army described organizing combat drills in the waters and airspace around Taiwan to send a blunt message to the United States. The statement was ambiguous as to whether such drills had already taken place recently or were still to come.

A Chinese offensive against Taiwan could take many forms, such as a full-scale sea and air assault on the main island with missile barrages, an invasion of small islands closest to China’s southeast coast, a naval blockade or a cyberattack.

“Are we clear about what deters China and what provokes China?” said Bonnie S. Glaser, director of the Asia program at the German Marshall Fund of the United States. “The answer to that is ‘no,’ and that’s dangerous territory.”

“We need to think long and hard on how to strengthen deterrence,” she said.

U.S. officials often discuss potential deterrent actions that end up being dropped because they are deemed too provocative. In the Trump administration, National Security Council officials discussed putting U.S. troops in Taiwan, one former official said. White House and Pentagon officials also proposed sending a high-level U.S. military delegation to Taiwan, but that idea was killed after senior officials at the State Department objected, another former official said.

President Biden’s strong language during a visit to Tokyo this week tiptoed up to provocation, Ms. Glaser and other analysts in Washington said.

The president asserted on Monday that the United States had a “commitment” to get involved militarily to defend Taiwan — the third time he has made such remarks during his presidency. And he explicitly said he would take measures that go beyond what the United States has done in Ukraine. While Beijing could see the words as belligerent, they are consistent with the new emphasis in Washington on forceful deterrence.

On Tuesday, Mr. Biden said in Tokyo that the decades-old policy of “strategic ambiguity” — leaving open whether the U.S. military would fight for Taiwan — still stands. “The policy has not changed at all,” he said.

Harry B. Harris Jr., a former U.S. ambassador to South Korea and a retired admiral who led the U.S. Pacific Command, said the United States now needed to adopt “strategic clarity” rather than “strategic ambiguity” to serve as a deterrent. China, he said, “isn’t holding back its preparations for whatever it decides it wants to do simply because we’re ambiguous about our position.”

The United States has been urging allies to speak up on Taiwan in an effort to show Beijing that Washington can rally other nations against China if it attacks the self-governing democratic island. On Monday, Prime Minister Fumio Kishida of Japan said at a news conference with Mr. Biden that the two leaders had affirmed “the importance of peace and stability of the Taiwan Strait.”

In the three months of war in Ukraine, Washington has held together a coalition of European and Asian partners to impose sanctions against Russia. U.S. officials say they hope the measures send a message to China and other nations about the costs of carrying out the type of invasion overseen by President Vladimir V. Putin of Russia. U.S. officials are already discussing to what extent they could replicate the economic penalties and the military aid deployed in defense of Ukraine in the event of a conflict over Taiwan.

“I want P.L.A. officers to wake up each day and believe they cannot isolate Taiwan in a conflict and must instead face the decision of initiating a costly, wider conflict where their objectives are beyond their reach,” said Eric Sayers, a former senior adviser to the U.S. Pacific Command who is a fellow at the American Enterprise Institute, referring to the People’s Liberation Army.

The statement from the Chinese army on Wednesday described China’s drills near Taiwan as “a solemn warning” to the United States and Taiwan. The spokesman for China’s Eastern Theater Command, Senior Col. Shi Yi, said in an online statement: “It is hypocritical and futile for the United States to say one thing and do another on the Taiwan issue.”

U.S. intelligence analysts have been studying the evolving relationship between China and Russia and the lessons Beijing might be drawing from Ukraine.

Chinese leaders face a complicated calculus in weighing whether their military can seize Taiwan without incurring an overwhelming cost.

A Pentagon report released last year said China’s military modernization effort continued to widen the capability gap between the country’s forces and those of Taiwan. But the Chinese military has not fought a war since 1979, when it attacked Vietnam in an offensive that ended in a strategic loss for China.

To take Taiwan, the Chinese Navy would need to cross more than 100 miles of water and make an amphibious assault, an operation that is much more complex than anything Mr. Putin has tried in Ukraine.

And in any case, perceived capabilities on paper might not translate to performance in the field.

“As we have learned in Ukraine, no one really knows how hard a military will fight until a war actually starts,” said James G. Stavridis, a retired four-star admiral and former dean of the Fletcher School of Law and Diplomacy at Tufts University. “China is probably not ready to take a risk of an invasion with current force levels and capabilities in terms of attacking Taiwan.”

American officials are not making that assumption. They have pressed Taiwan to buy weapons systems that they deem suitable for asymmetric warfare against China. The Biden administration recently told the Taiwanese Defense Ministry not to order MH-60R Seahawk helicopters made by Lockheed Martin, and it has also discouraged orders for more M1A2 Abrams tanks.

Admiral Stavridis said the United States needed to get weapons into the hands of the Taiwanese quickly if an invasion looked imminent, with a focus on systems that would wear down Chinese offensive capabilities.

“That would include smart mines, anti-ship cruise missiles, cybersecurity capability and special forces who can neutralize Chinese advance teams, and air defense systems,” he said.

U.S. officials consider mobility to be critical and are encouraging Taiwan to buy mobile land-based Harpoon anti-ship missiles. Stinger antiaircraft missiles could also be valuable for staving off the Chinese air force.

The pace of Taiwan’s weapons purchases has increased. Since 2010, the United States has announced more than $23 billion in arms sales to Taiwan, according to the Pentagon report from last year. In 2020 alone, authorizations totaled more than $5 billion. The sales included advanced unmanned aerial systems, long-range missiles and artillery, and anti-ship missiles.

Both U.S. and Taiwanese officials say Taiwanese troops need better training, but each government wants the other to take more responsibility.

“The Taiwanese troops barely have opportunities to conduct exercises with the allies,” said Shu Hsiao-huang, a researcher at the Institute for National Defense and Security Research, which is funded by the government of Taiwan. “Military cooperation between Taiwan and the United States should be strengthened in the aspects of regional exercises and the deployment of weapons.”

Ms. Glaser said Taiwan needed to create a strong reserve force and territorial defense force that could wear down an invading military, as the Ukrainians did.

“The U.S. has encouraged Taiwan’s military for years to talk to countries with a robust defense force,” she said. “Taiwan has sent delegations to Israel, Singapore, Finland, Sweden, some of the Baltic States. Now the situation is far more serious and far more urgent. There’s a lot more pressure.” 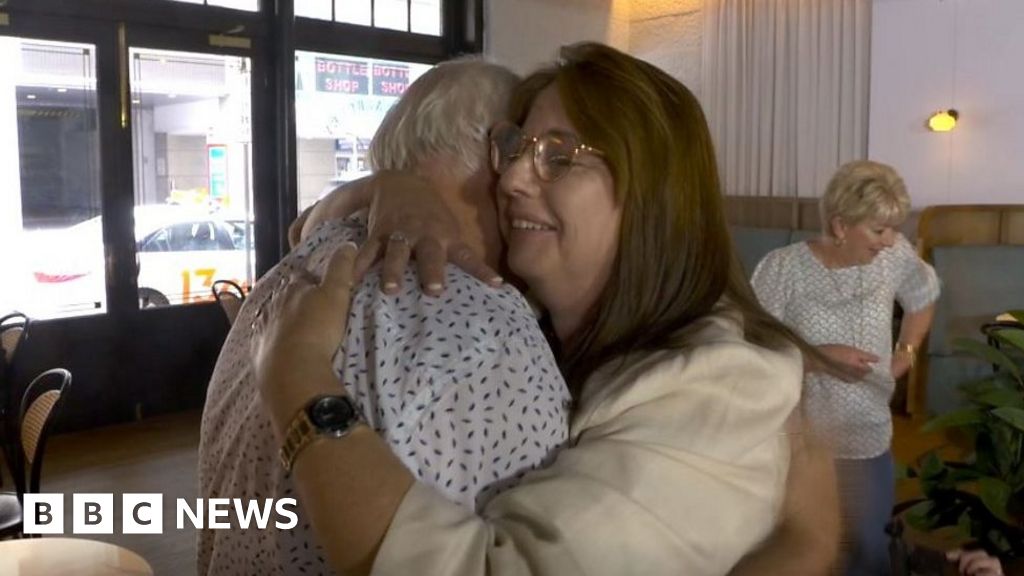 Woman kidnapped as a child reunites with rescuer 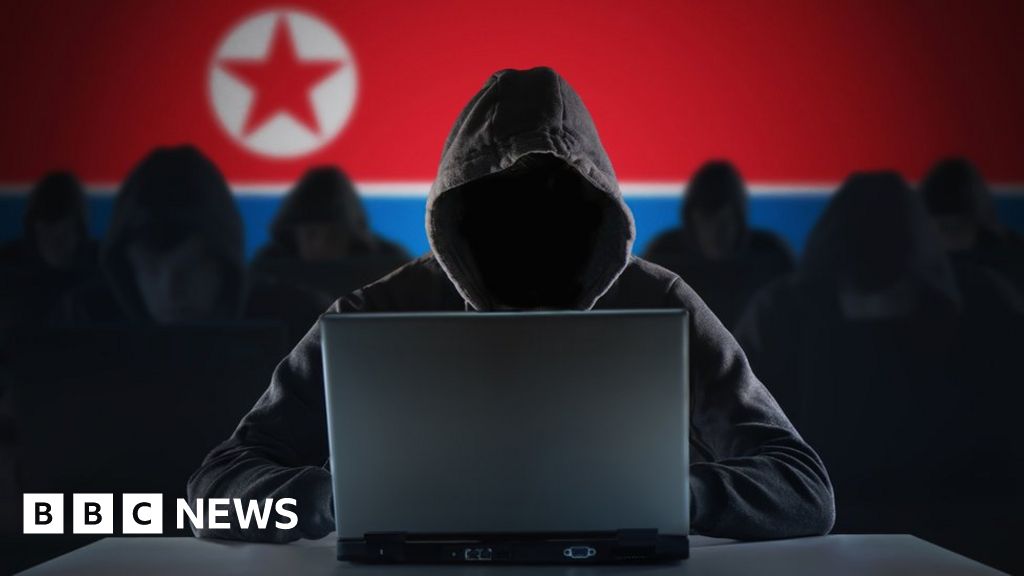 US warns over risk of hiring North Korea IT workers