Yediyurappa was responding to Siddaramaiah’s comments.

Amid constant speculation about the longevity of his tenure, Karnataka Chief Minister B.S. Yediyurappa asserted on Friday that he would remain in his position as long as he enjoys the confidence of Prime Minister Narendra Modi and Home Minister Amit Shah.

Chiding Leader of the Opposition Siddaramaiah for making repeated statements on his term ending prematurely, the Chief Minister said in his reply to the debate on the Governor’s address, “You have been saying for six months now that I will be asked to step down. But I am ready to face a 100 more challenges as long as I have the blessings of Mr. Modi, Mr. Shah, and the people of Karnataka.” He was responding to Mr. Siddaramaiah referring to the cases he is facing in the Supreme Court in which he has been granted “stay of arrest”.

The Chief Minister went on to say that “anyone on the street can apply for RTI” and take people to court. He said that several leaders in the Congress too were facing charges and were out on bail. “Who is not on bail?” asked Mr. Yediyurappa, adding that several Congress leaders at the national level too were in the same boat. “Even you as Chief Minister and your Ministers faced allegations. But you created the Anti-Corruption Bureau and got away,” he said.

Responding to these statements, Mr. Siddaramaiah said, “Aren’t your own MLAs and MLCs saying you will be asked to resign soon? I am only reflecting what I have been hearing.” 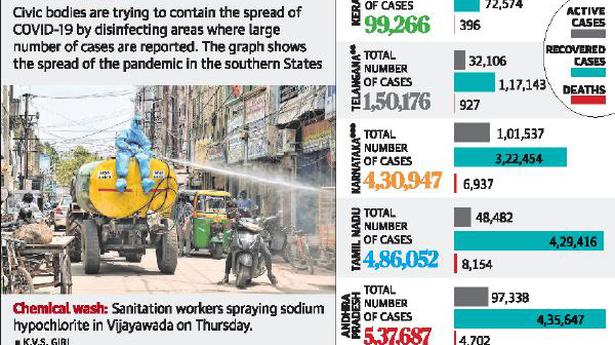 Farmers to intensify protest as talks with Yediyurappa flounder