The former judge of the Supreme Court, Cyriac Joseph, who is alleged to have attempted to interfere with the forensic analysis and judicial processes in the Sister Abhaya murder case, has defended himself saying that his hands are clean.

It was alleged that Mr. Joseph had viewed the narco-analysis CDs of Father Thomas Kottoor, Sister Sephy and Father Jose Puthrukkayail at the Forensic Analysis Laboratory (FSL), Bangalore, during the course of investigation. While Fr. Puthrukkayail was let off earlier, a CBI Special Court had convicted the two others last week in the case.

Speaking to The Hindu, Mr. Joseph said the visit took place on May 23, 2008, on an invitation from the FSL director, seven months after the lab had handed over the report to the CBI and the agency submitting it in court.

Mr. Joseph, the then Karnataka Chief Justice, denied that he was shown the videos of the narco-analysis tests of the accused in the case.

The visit was following a workshop on scientific investigation techniques for judges, organised by the Karnataka Judicial Academy. There were no private meetings and all the interactions took place in the presence of four district judges and the media, he said.

V.T. Raghunath, a former acting Chief Judicial Magistrate (CJM), Ernakulam, before whom the CBI filed a closure report in the case, had earlier alleged that it was at the behest of Mr. Joseph that the Registrar of the Kerala High Court had asked him not to visit the nunnery where Sr. Abhaya was found dead.

“I left Kerala in 2005 to take charge as the Chief Justice of Uttarakhand and the reported developments took place in 2006,” he said.

As the CJM’s order was found to be patently illegal and sans jurisdiction, the High Court initiated suo motu proceedings in the matter. The order was set aside by Justice K. Padmanabhan Nair and the CJM’s transfer to Kochi as Sub Judge was ordered by Justice Sankarasubban, the Judge in-charge of Ernakulam, on administrative grounds, he said.

Mr. Joseph felt he was being targeted as he was born in the Knanaya Catholic community to which the deceased and the accused belonged. Also, he had married from a family which was related to Fr. Kottoor, he said.

‘‘It is meaningless to cast aspersions on individuals without evidence,” said Mr. Joseph, who’s serving as the Kerala Lok Ayukta. 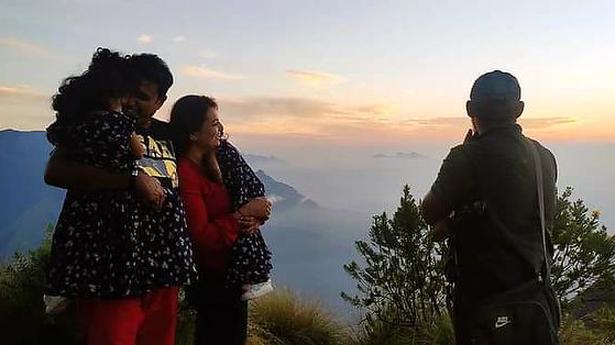