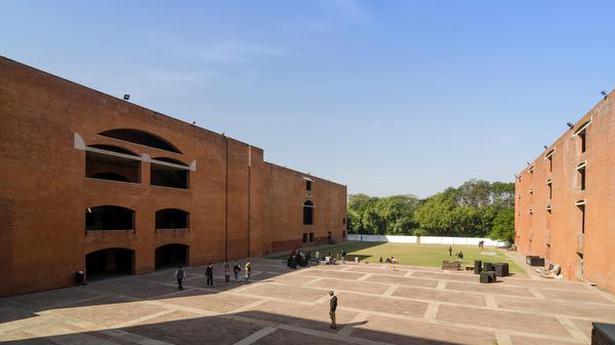 The Board of Governors of the Indian Institute of Management-Ahmedabad on Wednesday said the institute would consult international experts on preservation and rehabilitation regarding the feasibility and costs of restoring its buildings.

The announcement came about a month after the IIM-A Board said it would withdraw an expression of interest it had floated for demolishing dormitory buildings designed by Louis Kahn. The proposal had attracted criticism from architects, academics and citizens. In a statement on January 1 announcing the withdrawal of the EOI, the Board had said it had concerns over the long-term structural safety of one of the dorms that had been restored earlier.

“Meanwhile, the condition of the other dorms continues to deteriorate — there are slabs falling from the roof of the dorms with potentially damaging consequences for the safety of the residents,” the January 1 statement read.

On Wednesday, the Board announced that after considering feedback from stakeholders, it had decided “that the institute will conduct further consultations with international preservation and rehabilitation experts regarding the feasibility, safety, and sustainability of restoration and rehabilitation as well as the initial and ongoing costs. The Board is seized of the urgency of the matter, due to concerns about the deterioration and safety of the dorms. We cherish the significant legacy of the Louis Kahn buildings and the institute has a record over many years of consultation and work toward the protection and care of its campus.”

It added that the library and one dorm that were restored starting in 2014 had deteriorated quickly due to the “design features and brick quality” and required ongoing investments.

“Further, the advice on seismic safety by one expert is that the restored dorm continues to have safety concerns linked largely to Ahmedabad’s sensitive location, while another expert has opined that the restored dorm can be considered reasonably safe … We will chart out a course of action based on our desire to preserve our heritage and bearing in mind that our responsibility is to firmly keep in sight the safety of those who utilise the buildings,” it said. ‘Governor has given assent to Bill on Jayalalithaa memorial’