“I will support AHINDA agitation if Siddaramaiah were to lead it in a non-partisan manner,” Minister Ramesh Jarkiholi has said in Belagavi.

Mr. Jarkiholi said that he strongly believed that it was a Congress-backed movement. “I am for the development and welfare of backward castes and other deprived communities. However, I don’t like to play politics over it,” he said.

He said that Mr. Siddaramaiah lacked clarity on the AHINDA issue. “He is confused. If he gets clarity about it and leads a non-partisan movement, then leaders like me can join it,” he said.

Minister for Food and Civil Supplies Umesh Katti said that the AHINDA movement had lost direction. “It has neither a proper history nor a clear future. People of the State have left it behind,’’ he said. 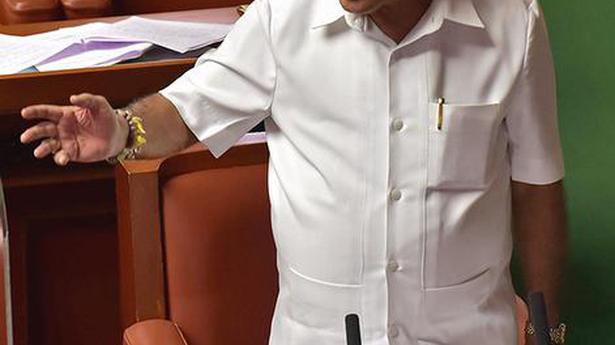 ‘Remember the pledge while on duty’