Leader of the Opposition Siddaramaiah on Monday demanded an inquiry into illegal stone quarrying in Shivamogga by a sitting judge of the High Court and sought the suspension of officials responsible for the same in the district.

Mr. Siddaramaiah, who raised the issue under the House Rule 69 in the Legislative Assembly, demanded the stoppage of all illegal mining in the State. Noting that more than 2,000 illegal crushing units were operating in the State, the Congress leader said the killing of six people in a blast in an illegal quarry last month was nothing but ‘murder’ and demanded registration of criminal cases against district officials who were responsible for it.

Mr. Siddaramaiah, who visited the blast sites in a village in Shivamogga, said the district administration had allowed illegal crushing despite the Forest Department’s letter seeking a ban on illegal stone mining in the forest areas of the district. “Chief Minister B.S. Yediyurappa and district in-charge minister K.S. Eshwarappa are responsible for illegal stone mining in the district and the death of six people in the blast,” he said. The officials and politicians were abettors in the case, he said. He criticised Mr. Yediyurappa’s statement on regularising illegal stone crushing by levying a penalty.

Mr. Siddaramaiah said two people – Sudhakar and Narasimha – were running the crusher on a leased patta land at Kallaganguru and were given the licence to run the crusher unit on April 12, 2019. “They had neither informed nor obtained the licence from the Police, Revenue or Mines and Geology Departments to bring the explosives. None of the officials know how the explosives detonated,” he said.

There were 97 crushers and 76 quarries in the district as per official records. Only 23 quarries had been given permission to carry out blasts, while others were doing it illegally. “Is it possible for such activities to run without the notice of the district administration?” he questioned.

In his reply, Law and Home Minister Basavaraj Bommai said the first case of illegal mining was booked in April, 2018, on work on this land and another in March, 2019, after which a crushing license was given.

“So, in spite of knowing the illegality, the district administration gave the license,” he said. In October 2020, another illegal mining case was filed against the land owner, Mr. Bommai added.

On the government’s commitment to curb illegal mining and quarrying, Mr .Bommai said the penalty had been increased from 5 times to 20 times after including the value of the mineral with two years’ imprisonment. Dissatisfied with the reply, the Congress staged a walkout.

Govt. to map entry of explosives into State

Law and Home Minister Basavaraj Bommai Monday informed the Legislative Assembly that a detailed mapping of the entry of explosives into Karnataka had been ordered in the wake of the recent Shivamogga blast.

Replying to charges made against the government by Leader of the Opposition Siddaramaiah, Mr. Bommai admitted that illegal mining, quarrying and crushing activities were taking place in the State, for which the government has decided to take legal measures. “There is a nexus between landholders, quarry lease holders and explosive suppliers that we need to break,” he said.

The government went to the root of the explosives that came to Shivamogga and found that the original supplier was in Anantapur. With the help of the Andhra Pradesh police, they seized 65,000 detonators, 1,275 gelatin sticks, 540 explosive boosters, 1,500 m of safety fuse and 7,500 m of detonator fuse. In the Shivamogga incident, he said illegal quarrying was found to have taken place where the explosion occurred. 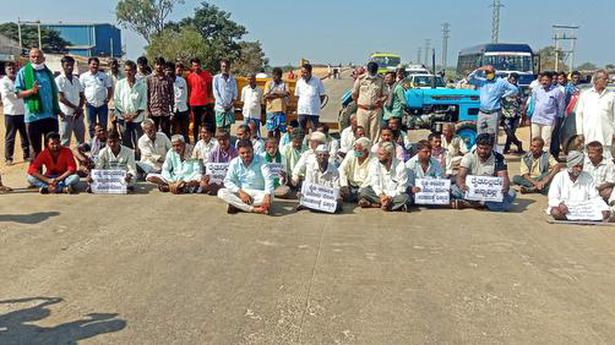