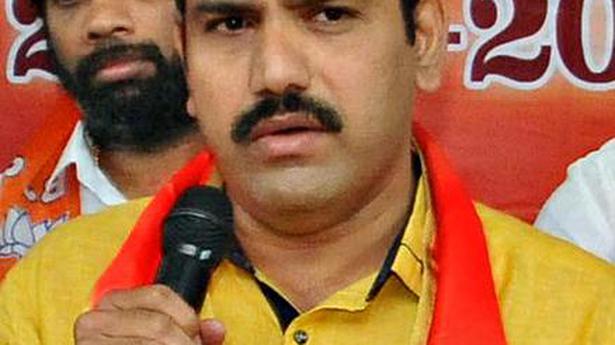 
BJP State vice-president B.Y. Vijayendra elucidated that he is not an aspirant for ticket to contest the bypoll in Basavakalyan constituency of Bidar district.

He was speaking to media persons in Kalaburagi on Friday before his departure to Basavakalyan constituency where the bypoll is likely to be held soon as the seat fell vacant after the death of MLA B. Narayan Rao.

Mr. Vijayendra reiterated though he is not a ticket aspirant, he would abide by the party’s decision on whether he needed to contest from the Basavakalyan seat or not.

Replying to a question, Mr. Vijayendra said he would follow the directions given by State unit president Nalin Kumar Kateel. His [Mr. Vijayendra] visit to the constituency is to gauge the public mood and mobilise party cadres for the bypoll, for which the Election Commission is yet to announce the dates, he added.

When asked about monitoring the poll management if the byelections to both — Maski segment in Raichur district and Basavakalyan segment — take place at the same time, Mr. Vijayendra said both segments were challenging to the BJP and the party would leave no stone unturned to win both seats, he added. “The voters will weigh the achievements of the BJP-led government against the failures of the then Congress government in State.

Refuting the allegations of former Chief Minister Siddaramaiah that official machinery was used in the Sira byelections by the BJP, Mr. Vijayendra said that the Congress leaders were speaking out of sheer frustration and disappointment. Despite a hectic campaign by almost all prominent Congress leaders, their candidate, who represented Sira constituency six times, had to bite the dust, Mr. Vijayendra said.

The BJP won 12 out of 15 Assembly segments in the bypolls held earlier, and to win the Sira segment was a big challenge for the BJP, he said.

Mr. Vijayendra remained tight-lipped and did not disclose the names of the shortlisted candidates for the Basavakalyan seat.

Savadi hits back at Kumaraswamy for his remarks on drug mafia 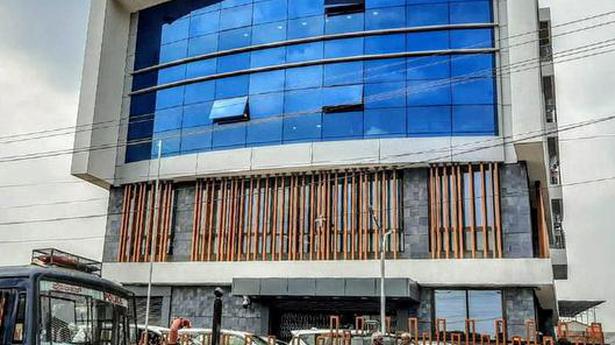 Race now on for chairmanship of DCC Bank