Images showing an idol of Lord Ganesha with its hands missing, from a temple at Etigairampeta in Golugonda mandal of Visakhapatnam district, created a flutter as they went viral on social media on Wednesday.

Police swung into action after the pictures went viral, with Superintendent of Police B. Krishna Rao personally visiting the spot and investigating the issue.

“The hands of the idol might have fallen off due to natural wear and tear with passage of time. The hands were stored in a cupboard on the temple premises. A new priest had joined the temple six months ago and only on Wednesday did he see the hands in the cupboard after opening it for the first time,” Mr. Krishna Rao said.

“On seeing them, he was perplexed and told a few devotees about this. Some youths who were present there took pictures and videos and circulated them among their friends with the intention of creating a stir on social media, hoping to make the pictures viral as the Ramateertham issue is still fresh in people’s minds,” Mr. Krishna Rao said.

Police have arrested the trio under Section 153A of the IPC, he said. 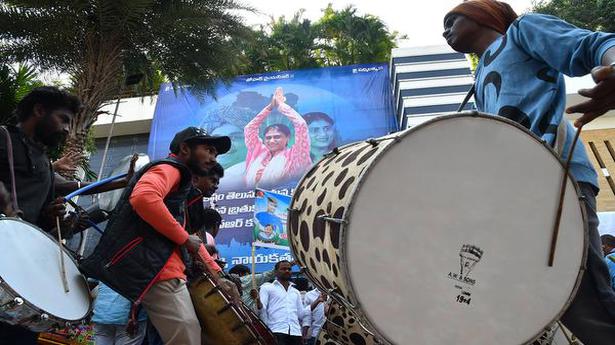 YSRCP has no expansion plan in Telangana, says Sajjala