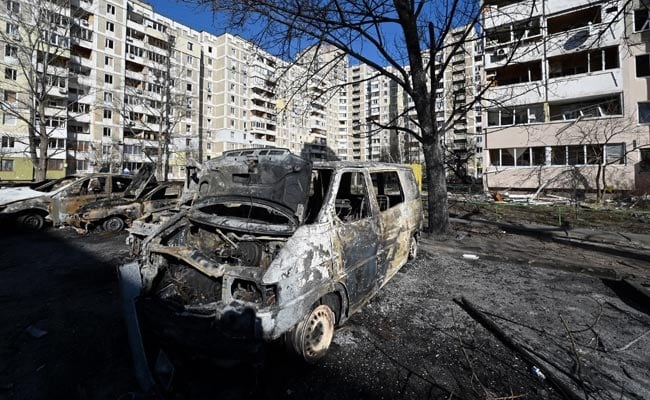 India has sought safe passage for its students and it is “Imperative” that Russia, Ukraine respond, sources  in the foreign ministry told NDTV today shortly after the government confirmed that an Indian student has died in Kharkiv during shelling on the city. Thousands of Indian students stranded in Ukraine have been desperately appealing for help since Russia invaded the former Soviet Republic on Thursday last week.

Many of the students have been unable to get to any of the border towns. Those who reached the border, say they are not being allowed to cross over by the authorities.

“The deteriorating situation in Kharkiv is a matter of grave concern. The safety and security of Indian nationals in that city is of utmost priority to the government. We had already taken up with the Russian and Ukrainian Embassies the pressing requirement of safe passage for Indian nationals, including students, from Kharkiv and other cities in conflict zones,” a source in the foreign ministry told NDTV.

The demand, he said, has been made repeatedly to Russia and Ukraine since the beginning of this conflict on February 24. “It has been conveyed to both their Ambassadors in New Delhi as well as taken up in their capitals,” the source said.

India, he said, has been making preparations for evacuation for some time. An Indian team has been positioned in the Russian city of Belgorod, close to the Ukrainian border.

“However, the conflict situation in and around Kharkiv and nearby cities has been an obstacle. Therefore, it is imperative that Russia and Ukraine respond to our need for safe passage urgently,” he added.

The foreign ministry had confirmed the death, tweeting: “With profound sorrow we confirm that an Indian student lost his life in shelling in Kharkiv this morning. The Ministry is in touch with his family. We convey our deepest condolences to the family”.

Yesterday, Prime Minister Narendra Modi held a series of meetings to review the  evacuation as videos from stranded students flooded social media and sharp opposition criticism on the issue.

After the meeting, four senior ministers were dispatched to nations bordering Ukraine to coordinate evacuation efforts.

Jyotiraditya Scindia was put in charge of Romania and Moldova, Kiren Rijiju was to go to Slovakia, Hardeep Puri to Hungary and VK Singh to Poland.

A foreign ministry official said in places where the conflict has not endangered movement, “we have been able to evacuate our citizens… More than 9000 Indian nationals have been brought out while a considerable number are now in safer areas”.

Oath Taken, Chief Minister Eknath Shinde In Goa To Get His Team Back