Chief Minister B.S. Yediyurappa on Friday said “imposing lockdown will be inevitable” if the people did not adhere to COVID curfew and restrictions.

Mr. Yediyurappa, who offered prayers at a temple at Gandhinagar in the city, told reporters that “We are discussing this with officials today and tomorrow. What kind of action should be taken will be decided then.”

Meanwhile, Mr. Yediyurappa held a meeting on Friday at his residence with Deputy Chief Minister C.N. Ashwath Narayan, who is also heading the government’s task force on COVID-19, another Deputy Chief Minister and Transport Minister Laxman Savadi, Revenue Minster R. Ashok, Forest and Kannada and Culture Minister Aravind Limbavali, and Health and Family Welfare Minister K. Sudhakar. All these Ministers have been given different tasks in handling the pandemic.

Several Ministers in the government, and Union Minister for Chemicals and Fertilizers D.V. Sadananda Gowda too have been favouring total lockdown to contain the cases by breaking the chain.

Mr. Sudhakar too told reporters on Friday that he would strongly argue for imposing a lockdown in the State for containing the number of cases. He said the technical advisory committee too argued for stricter curbs for reducing the rising number of cases.

The Opposition Congress has blamed the government’s laxity for crumbling healthcare and death of COVID patients in the State. 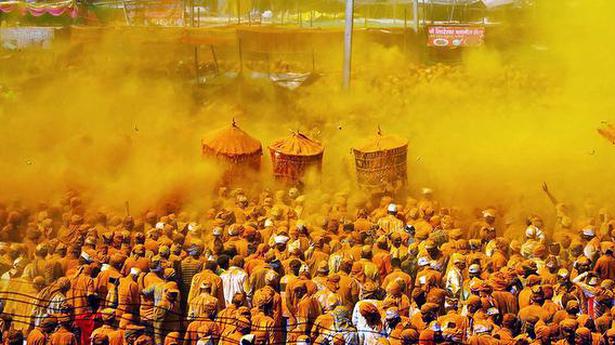