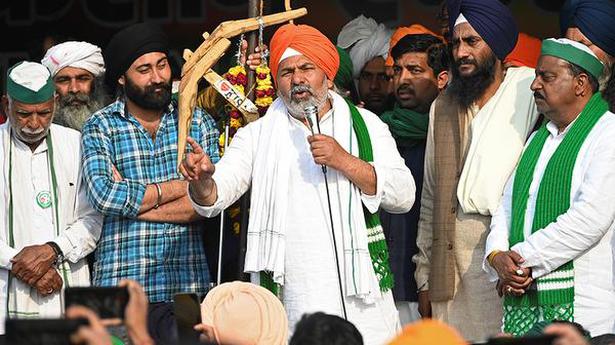 With a resolve to not let the ongoing agitation against the Centre’s farm laws lose its steam, scores of farmers, including women, elderly and youth, on Tuesday gathered at a ‘Kisan Mahapanchayat’ at Haryana’s Gumthala Garhu village in Kurukshetra district.

The farmers reiterated that they would continue with their protests, be it at the borders of Delhi or across the State.

On his way to the ‘Mahapanchayat’, 72-year-old Ujaghar Singh told The Hindu that the government at the Centre was power drunk, but the unity of farmers would demolish their arrogance.

“We are going to the ‘mahapanchayat’ to show our unity. Farmers are united in their fight against the three farm laws, and we will not step back until they are repealed,” said Mr. Singh, who owns two acres at Thol village.

Another farmer, Amarjeet Singh, said the government had been claiming that the farm laws were farmer-friendly. “I want to make it clear to the government if these laws are in favour of farmers, then farmers wouldn’t be protesting against the laws. The government should either convince us about the benefits of the laws or else withdraw them. I will continue to be a part of the ongoing struggle until they are taken back,” said Mr. Amarjeet, who hails from Gumthala Garhu village.

“… They are saying in Parliament that they are parjeevis (’aandolan jeevis’). I want to ask them was Bhagat Singh, who laid his life for the country, a ‘parjeevi’? Around 150 farmers have so far died during the ongoing agitation, were they ‘parjeevis’?,” he said.

Mr. Tikait said attempts were being made to divide farmers on the basis of region and religions. “They will attempt to divide you on Punjab-Haryana lines, as Sikh and non-Sikh, Hindus and Muslims. We have to be careful. When we stay united, I assure you we will win the battle,” he said, adding that the agitation was nationwide and not just limited to Punjab or Haryana. “… the government was trying to mislead everyone by presenting as if the agitation is only limited to a few States, which is not true” he noted.

“… we have given the Central government time till October 2 to repeal the farm laws. Till then farmers also have time to make strategy. We will need to increase the numbers at Delhi borders in the ongoing agitation. There will be no ‘ghar wapsi’ till the laws are withdrawn.”

Mr. Tikait said the agitation had not weakened after the violence of January 26 in Delhi. Instead it had gained momentum. All the 40 farmers unions spearheading the agitation were united and jointly the leaders would tour the country in the coming days to expose the ‘wrong’ policies of the government.

“… if the government has to talk, the 40 representatives are there who the government can talk to. We will accept whatever these unions decide,” he stated.

At the ‘mahapanchayat’, singer Rupinder Handa announced to return the ‘Lok Gayika Puraskar’ award conferred upon her by the Haryana government a few years ago, in protest against the farm laws and the government’s alleged indifferent attitude towards farmer demands. 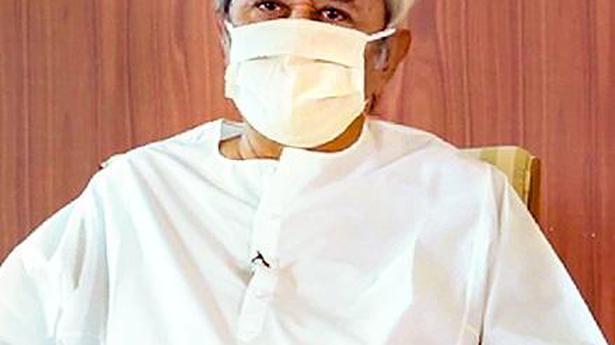 In Odisha, Biju Janata Dal steers away from controversy over farm laws