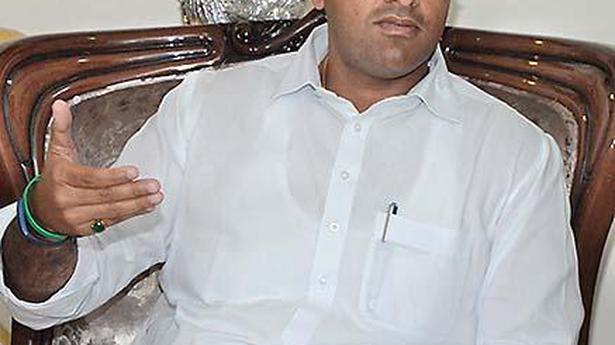 Amid strict protocols against the coronavirus (COVID-19) pandemic, a one-day session of the Haryana Assembly began in Chandigarh on Wednesday, with the House paying tributes to 20 Indian soldiers killed in the Galwan Valley clash.

The pandemic had cast its shadow before the session was to begin, with eight legislators of the ruling BJP testing positive for the infection. They include the Chief Minister, two Ministers and the Speaker.

The proceedings of the Assembly began at 2 p.m. and legislators came wearing masks. Changes had been made in sitting arrangements in the 90-member House and only one MLA was seated on one bench.

The Speaker’s as well as the visitors’ galleries too were converted into sitting areas for legislators.

The day-long session began with the House paying tributes to those who passed away between the end of the Budget session in February-March and the beginning of the monsoon session.

The members of the House also observed a two-minute silence to pay homage to the departed souls.

Home Minister Anil Vij and Leader of Opposition and senior Congress leader Bhupinder Singh Hooda also paid tributes to the departed souls and read out obituary resolutions on behalf of their respective parties.

Tributes were paid to the 20 Indian soldiers who were killed in a violent clash with Chinese troops in eastern Ladakh in June. Mr. Vij praised healthcare workers, police personnel and others who are at the frontline in the fight against coronavirus.

He said unfortunately some of these ‘corona warriors’ have lost their lives in the line of duty.

Mr. Gangwa said due to the COVID-19 pandemic, the business advisory committee (BAC) has decided to curtail duration of session to one day. As per the tentative schedule earlier, the session was to last for two days.

Deputy Chief Minister Chautala from the Jannayak Janata Party, Home Minister Vij, and Parliamentary Affairs Minister Kanwar Pal of the BJP are among those who attended the BAC meeting.

Authorities had put in strict protocols in place in view of the coronavirus pandemic. Besides the MLAs and officials requiring a coronavirus negative certificate to gain entry into the Assembly complex, seating arrangement had also been changed to ensure social distancing in the 90-member House.

During the past two weeks, Haryana has seen a spike in infection cases, which are close to the 57,000-mark with 623 fatalities.

Earlier, the speaker had made it mandatory for anyone entering the Assembly complex for the monsoon session to show a COVID-19 negative certificate, which should not be older than three days.

No visitor was allowed to watch the Assembly proceedings this time. The Assembly met for the first time since the Budget session held in February-March this year. 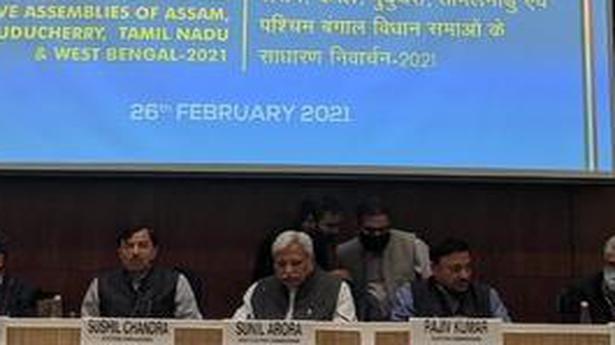 Assembly polls in four States, Puducherry begin on March 27; counting of votes on May 2