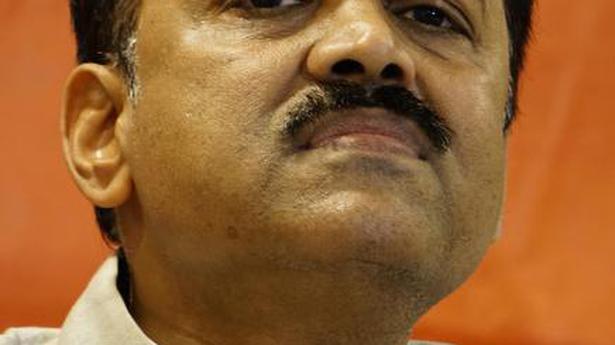 Narasimha Rao claims more than 140 cases of attacks on Hindu temples were reported in the State.

BJP MP G.V.L. Narasimha Rao requested the Ministry of Home Affairs to seek a detailed action taken report from the State government on the recent attacks on temples.

Raising the issue during the zero hour in Rajya Sabha on Wednesday, Mr. Narasimha Rao said there were more than 140 cases of attacks on Hindu temples involving demolition and desecration of idols and crimes of other nature in the last 19 months but the government has not shown any seriousness and sensitivity in arresting the culprits.

The latest incident of ‘severance’ (beheading) of the 400-year-old idol of Lord Sri Ram at Ramateertham temple in Vizianagaram district has deeply hurt the sentiments of Hindus all over the State and beyond.

In the last six months, the attacks have intensified as the criminals became emboldened by the lack of prompt action against those responsible for the previous incidents.

Even major incidents like torching of ancient chariots in Bitragunta and Antarvedi temples and disfigurement of silver lions at Kanaka Durga temple in Vijayawada have not been probed in a timely manner.

Mr. Narasimha Rao said it was only after a massive outrage that the State government started making half-hearted attempts to investigate the cases by setting up a Special investigation Team (SIT).

Rather than apprehending the real culprits, the police have been arresting political workers who made social media posts criticizing and highlighting such incidents, he stated.