A medal can lose its lustre but the athlete’s sporting immortality is set in stone, such is the enduring allure of triumphs at the Olympics. Even a participant without any titles, is referred to as an Olympian and it is an eternal stamp that sportspersons obsess about. The quadrennial congregation of the world’s finest athletes is set to begin, after a year’s delay imposed by the pandemic’s shadow. ‘Tokyo 2020’, as the Olympics is branded for the latest edition, will commence at Japan’s capital on Friday while COVID-19 protocols are in place. Tokyo and Fukushima will conduct events without spectators while a limited number may be allowed at stadiums in the Miyagi and Shizuoka regions. Local approval ratings for the Games now stand at the half-way mark, a considerable improvement especially after an 83% opposition as recent as May. Having previously hosted the Olympics in 1964, Tokyo’s second dalliance with the premier championship has been extremely tough. Even two days ago, there were whispers of cancellation as the coronavirus graph linked to the Games and to Japan revealed an upward climb. Within the Olympics Village ecosystem of athletes, coaches, officials and volunteers, around 70 have tested positive for COVID-19. But the Olympics harking back to its Athens roots in 1896, is expected to hold steady till its conclusion on August 8.

When it comes to winning at the Olympics, the United States of America, Russia, China, European nations and Australia have excelled. India meanwhile has a mere 28 medals to show despite turning up since 1900. India’s initial share came from hockey but even that tap has run dry since the gold at Moscow in 1980. India’s tilts in the Olympics have often been infused with pathos. Legendary runners Milkha Singh and P.T. Usha missing their bronzes in 1960 and 1984 respectively, still test the tear glands of die-hard fans. However, over the years and through diverse sports such as shooting, tennis, badminton, wrestling, boxing and weight-lifting, India has earned a few medals. This time around, the pursuit to better the best-ever tally of six, gained at London in 2012, continues. Headlined by P.V. Sindhu and Mary Kom besides the talent in shooting, weight-lifting and wrestling, India hopes to push its Olympic envelope further while the yearning for excellence in hockey lingers. A sobering truth is that the demographic-dividend of being the second most populous nation, does not really convert into a better yield in multi-event jousts. It is a pointer to the need to improve sports infrastructure as India at the Olympics remains a work in progress. An Olympic medal offers sporting nirvana; even tennis legend Serbian Novak Djokovic is not immune to its charm. A walk in the right direction 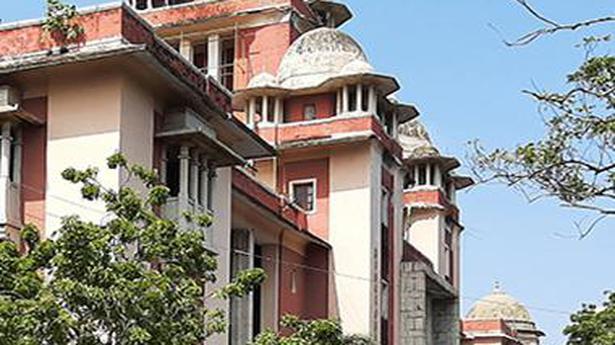 University of Madras says 60% of its faculty posts are vacant