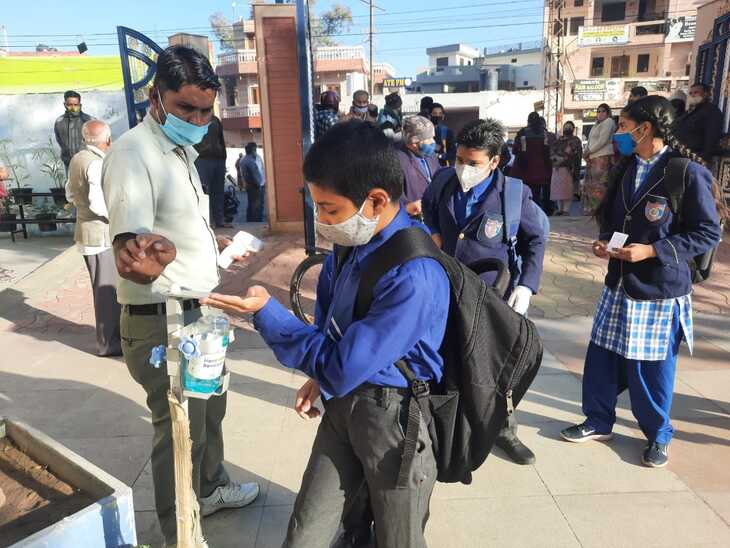 Career
February 8, 2021 Divya Bharat 0 Comments admissionstudents, Before admission students get their hands sanitized, class rooms, institutions, January, making arrangements according to the Corona Guide Line for the first time educational institutions for students of classes 9 to 12 were opened from January 18, school, sit in class rooms with social distancing from monday, students, the students of classes 6 to 8 also reached the school

Entry was given after the students reached the school to get their hands sanitized.

Till now, students of classes 6 to 8 also reached schools open for students of classes 9 to 12 and on Monday, there was a stir in schools. Prior to admission, the students were hand sanitized and placed in the classroom with social distancing. During this time, the school management made arrangements to follow the Corona Guideline.

Most of the students in private and government schools arrived in private vehicles along with their parents. Each student was given admission only after masking and thermal screening. 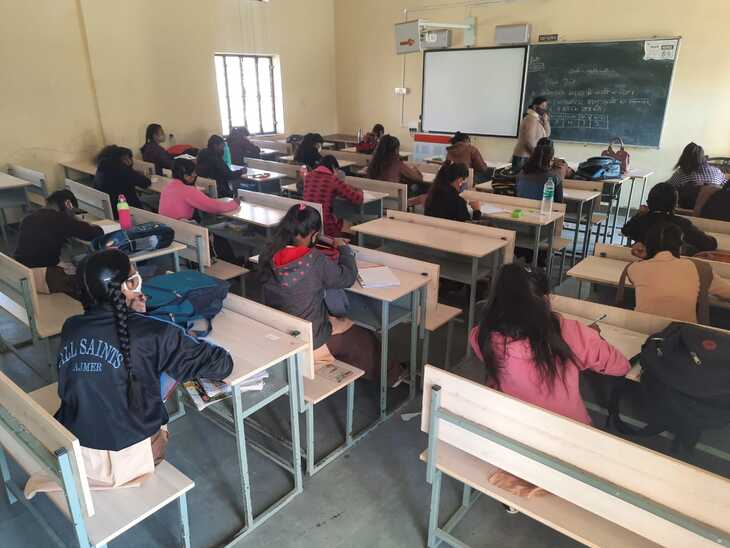 Children were seated with social distancing. 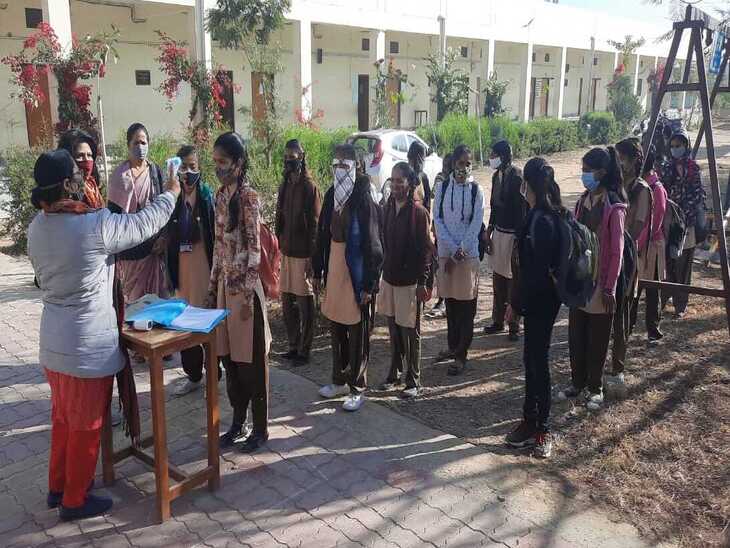 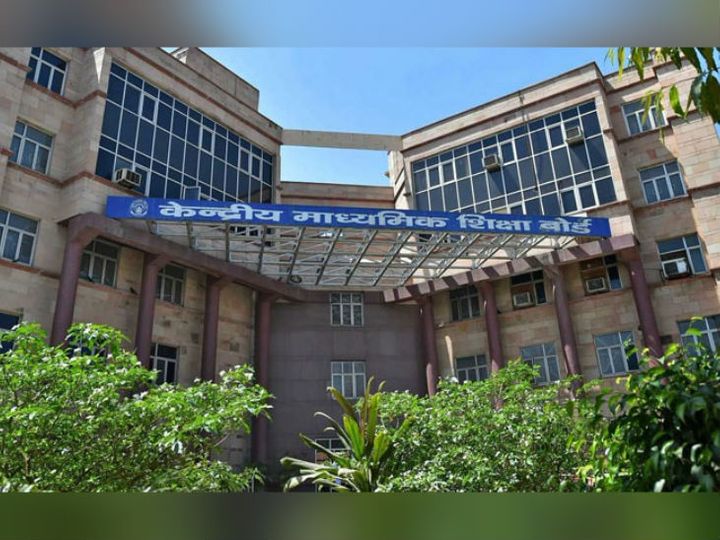 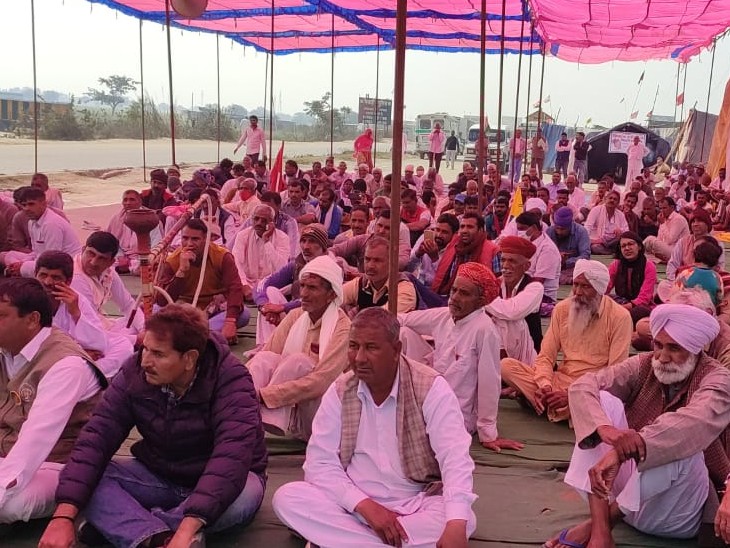 Farmers will not allow vehicles to be moved for three hours: National and state highways will jam at 10 to 12 places in Alwar district, vehicles coming out of villages due to closing the service lane of National Highway at 10:30 am 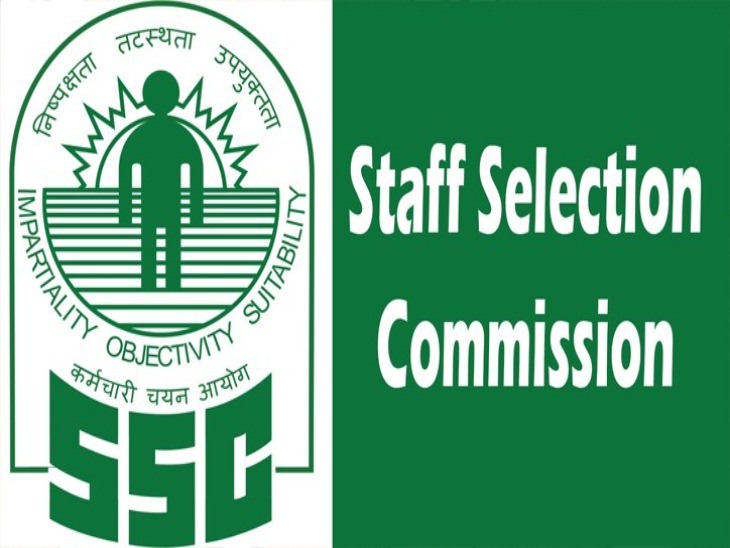