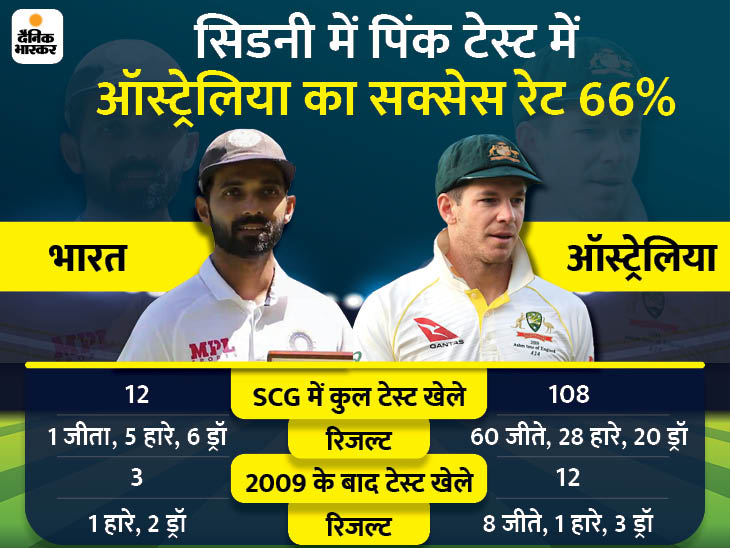 The third match of the 4-Test series between India and Australia will be played at Sydney Cricket Ground (SCG) tomorrow. Australia has the upper hand in the SCG. Australia has played 12 matches against India here, in which it has won 5 and lost one. At the moment, the series is on par with 1-1.

There may be some changes in the Indian team in this match. Rohit Sharma can join the playing XI in place of opener Mayank Agarwal. At the same time, Australia may have the return of David Warner and Will Pukowski. In the absence of Burns, both will be seen opening.

Corona test negative of five players including Rohit
Before leaving for Sydney, the Corona Test of five players, including Rohit, has come under the scanner. All have been seen practicing in Sydney with the rest of the players. This has further confirmed the reports of all players playing.

New opening pair will come from Australian team
At the same time, the Australian team is also struggling to get a good start in the series. Injured David Warner was out of the team. He will now return to the third Test. He could open with young batsman Will Pukowski. Australian coach Justin Langer has also said this several times. This will be Pukowski’s debut test.

Three Indian players out of series due to injury
Team India’s 3 players Mohammed Shami, Umesh Yadav and Lokesh Rahul have been out of the series due to injury. Regular captain Virat Kohli is on paternity leave after the first Test. In such a situation, the difficulties of the team have increased considerably.

Batting will be on rahane, rohit and shubman
In the absence of Kohli, Ajinkya Rahane, captaining the captaincy, is the top scorer of the series. Rohit’s joining will strengthen the team. Rohit may open for the first time abroad. Shubman Gill also did well in the Boxing-Day Test. The batting of the Indian team’s batting in difficulties will remain on the shoulders of these three batsmen. 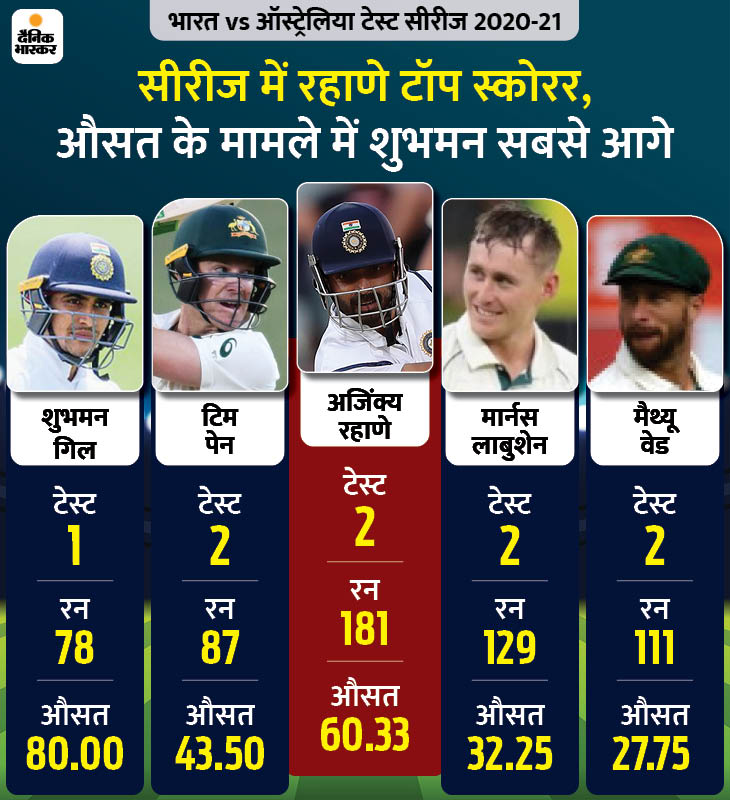 Pujara and Hanuma are struggling with bad form

Cheteshwar Pujara and Hanuma Vihari are battling poor form in the middle order. Both have played 2–2 Tests in the series. In this, Pujara has scored 63 and Vihari has scored 45 runs. It is necessary for the team to win. 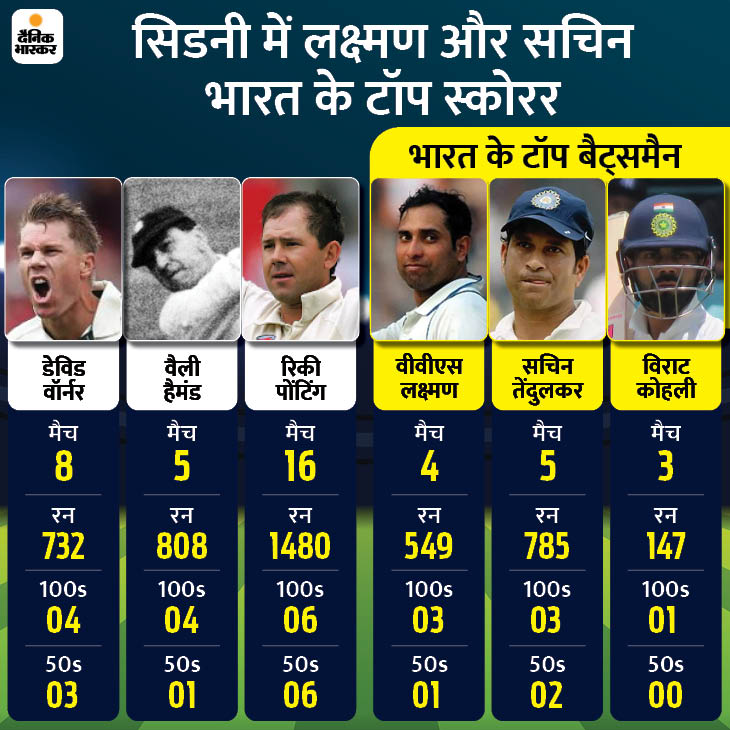 Weather and Pitch Report
There is a possibility of rain in Sydney on Thursday. After this the next 4 days will be cloudy. The minimum temperature is forecast to be 16 degrees and the maximum temperature is 21 degrees Celsius. The Sydney pitch will help the batsmen. The spinners will also get help on the fourth and fifth day of the Test. Like the Brisbane and Perth pitches here, fast bowlers will not get extra bounce. 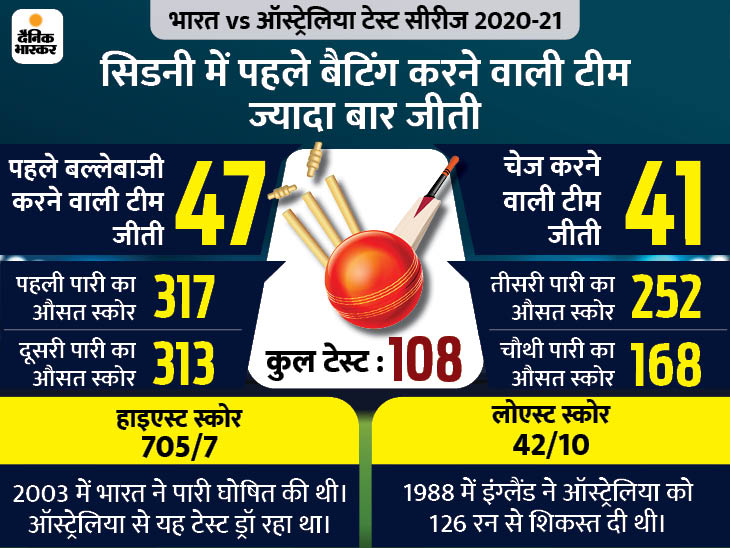 Bumrah with Ashwin-Jadeja in bowling
After the exit of Shami and Umesh in Indian bowling, spinners Ravichandran Ashwin and Ravindra Jadeja will be responsible for bowling along with fast bowler Jasprit Bumrah. He also won the second Test for the team on his own. Ashwin and Australian fast bowler Pat Cummins have taken the most 10–10 wickets in the series. 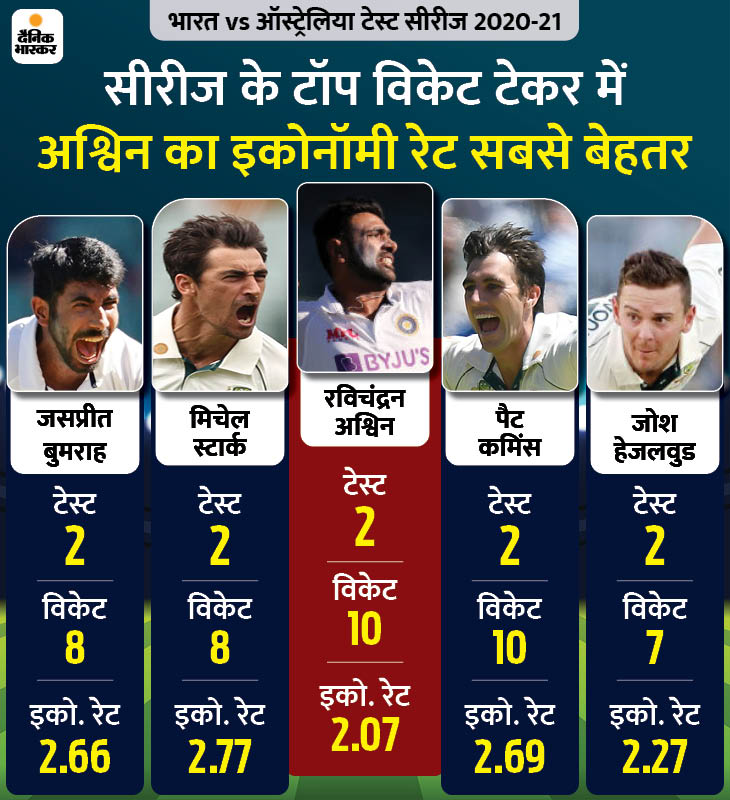 Fast bowler T Natarajan may get a chance in Team India’s playing XI in Sydney. This will be his debut match. He has made his ODI and T20 debut on Australia tour. He has taken 2 wickets in one ODI and 6 wickets in 3 T20s. 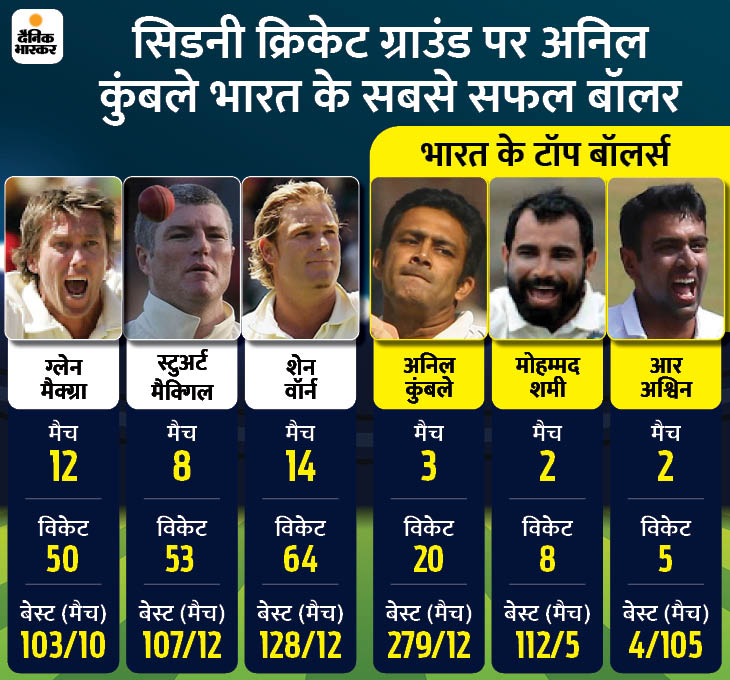 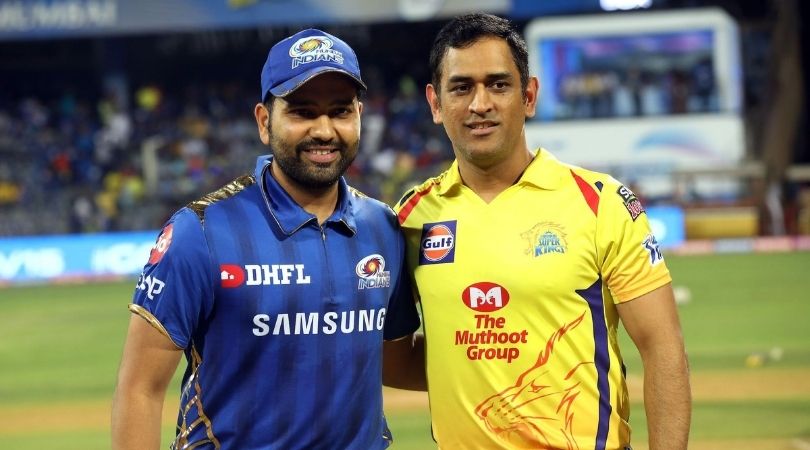 El Clasico of Cricket: Mumbai Indians and Chennai Superkings; Most successful teams of both leagues, Mumbai wins 4 most, Chennai 3 times 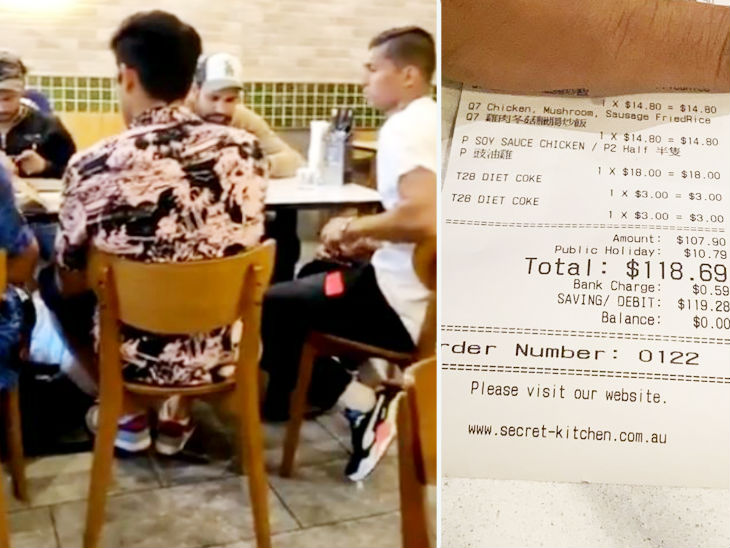