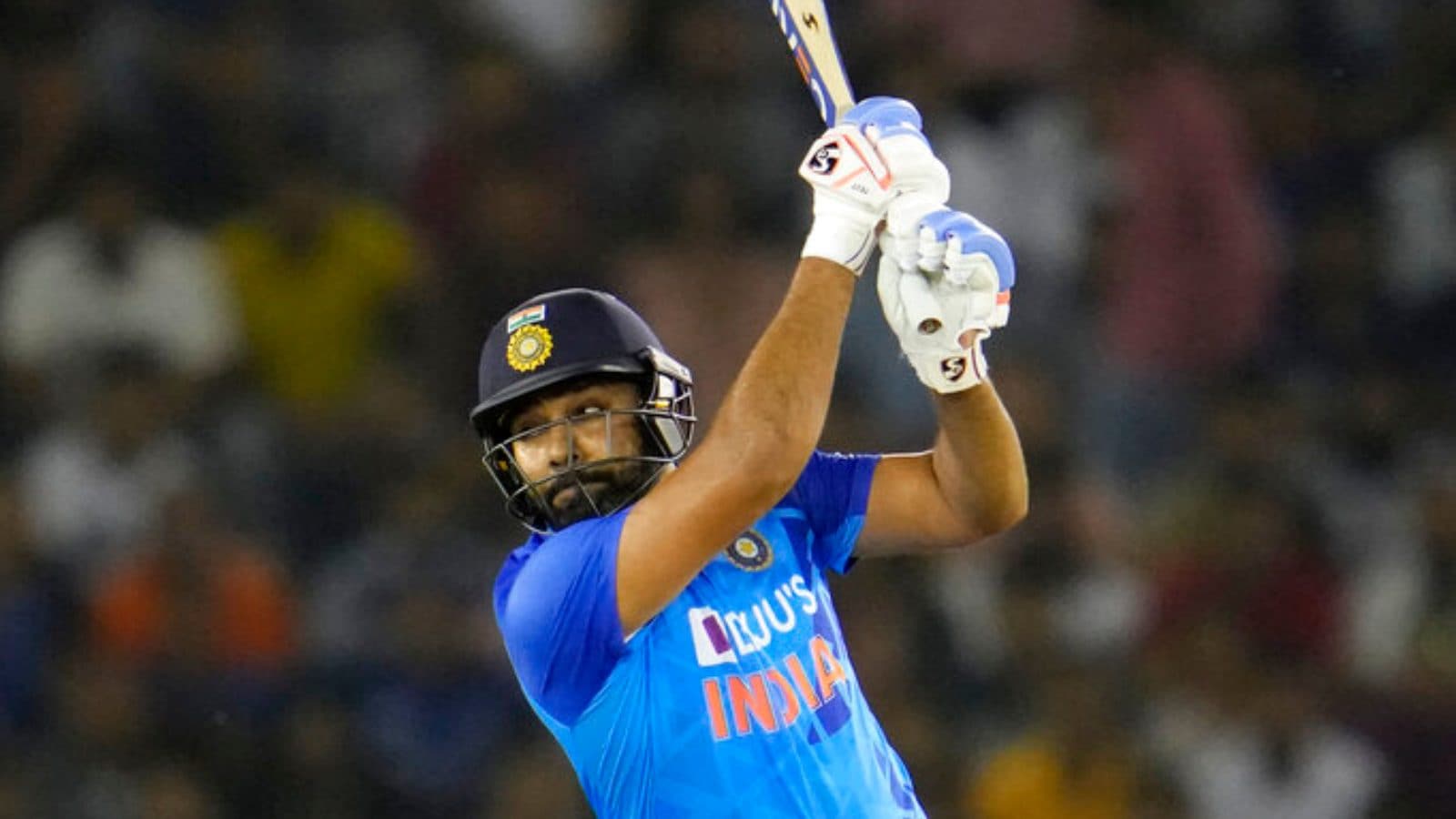 Rohit Sharma, the leading run-scorer in T20Is, went past New Zealand opener Martin Guptill’s tally of sixes to go to the top of the six hitters’ chart in T20Is

India skipper Rohit Sharma on Friday blasted a 20-ball 46 not out and became the leading six-hitter in T20I cricket during his team’s second T20I truncated to eight-over-a-side due to wet outfield against Australia at the Vidarbha Cricket Association Stadium, here.

Rohit, the leading run-scorer in T20Is, went past New Zealand opener Martin Guptill’s tally of sixes to go to the top of the six hitters’ chart in T20Is. The India captain, who smashed two sixes in the first over from Josh Hazlewood in a run chase of 91 in eight overs, now has 176 sixes to his name in this format.

Guptill with 172 sixes and Chris Gayle with 124 sixes follow him. Virat Kohli is the only other Indian batter with more than 100 T20I sixes, currently sitting on 104 sixes in the format.

Rohit, who has played 138 matches, had gone past Guptill’s run tally in the format last month, later going on to become the only men’s player with more than 3500 T20I runs.

Suzie Bates is the only other batter with more than 3500 runs in the format at the international level. Deandra Dottin and Sophie Devine are the only women cricketers with more than 100 recorded T20I sixes.

India eventually chased the target in 7.2 overs to level the three-match series 1-1. These Samsung Galaxy Phones Could Be Getting Android 13 Update In 2022: Full List As Per Genelia D’souza, This Is The Most Difficult Thing In The World