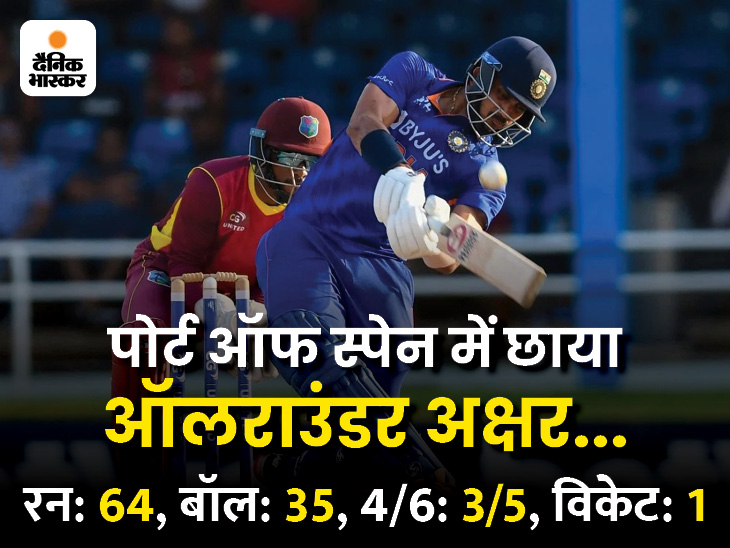 port of Spain5 days ago

The previous record was in the name of Pakistan. Pakistan team has defeated Zimbabwe in 11 consecutive ODI series.

Batting first after winning the toss in the match, the Caribbean team scored 311 runs for the loss of 6 wickets in 50 overs. Shai Hope, playing the 100th ODI of his career, played an innings of 115 runs. Captain Nicholas Pooran scored 74 runs. Shardul Thakur took the highest three wickets for India, in response, Team India achieved the target by losing 8 wickets in 49.4 overs.

Axar Patel scored 64 runs for India. At the same time, 63 runs came off the bat of Shreyas Iyer. Sanju Samson made the first fifty of his ODI career. He played an innings of 54 runs.

Team India’s top order was a flop
Shikhar Dhawan, who played a brilliant innings of 97 runs with his bat in the first ODI, could not do much in the second ODI. He faced 31 balls and scored just 13 runs. Not a single four or six came off his bat.

At the same time, his partner Shubman Gill returned to the pavilion after scoring 43 runs. Gill played a very poor shot on the ball of Kyle Meyers and was caught by him. Surya Kumar Yadav, who came to bat at number-4, could not do much and got out after scoring 9 runs in 8 balls. Meyers also took his wicket.

the wonder of hope
Shai Hope became the 10th batsman in the world to score a century in his 100th ODI. Before him, Gordon Greenidge, Chris Kenners, Mohammad Yousuf, Kumar Sangakkara, Chris Gayle, Marcus Trescothick, Ramnaresh Sarwan, David Warner and Shikhar Dhawan did this feat. For the fourth wicket, Shai Hope shared a 126-ball 117-run partnership with Pooran and pulled the once-stumbling Caribbean team out of trouble.

Chahal-Akshar gave two blows to West Indies
Team India’s spin bowlers did not allow two West Indies middle-order batsmen Shamrah Brooks and Brandon King to play big innings. First Axar Patel was set, Brooks was dismissed for 35. At the same time, Yuzvendra Chahal did not even allow Brandon King to open the account and sent him to the pavilion.

Deepak Chahar dismissed West Indies opener Meyers on the very first ball of his first over.

65 runs partnership for the first wicket, wicket to Hooda
West Indies got off to a great start in the second ODI. Shai Op and Kyle Meyers added 65 runs for the first wicket. Meyers was dismissed by Deepak Hooda in his very first over. 39 runs came off just 23 balls from the bat of Kyle Meyers. During this he hit 6 fours and 1 six.

Playing XI of both the teams 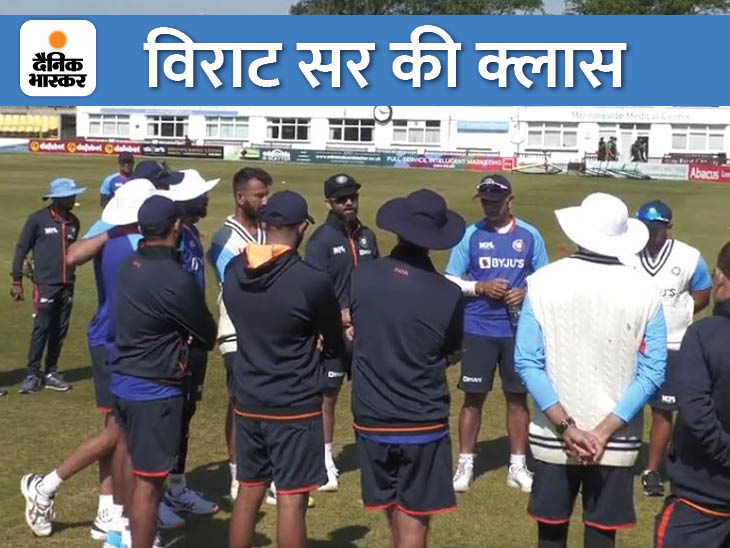 Virat Kohli’s leadership was seen in England: Motivational speech given to the players after the practice session, coach Dravid also joined the team 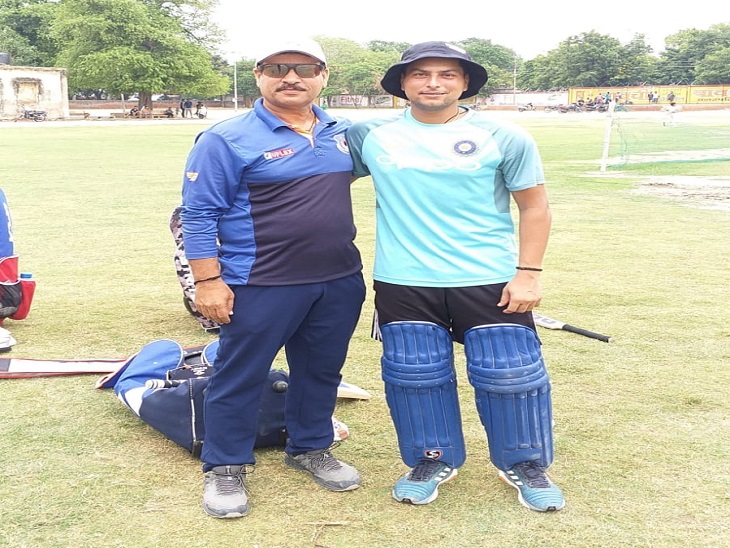